Android ecosystem is not ready for adolescent Pixel 4

The latest Pixel phone is going through changes.
Written by Chris Duckett on Nov. 10, 2019 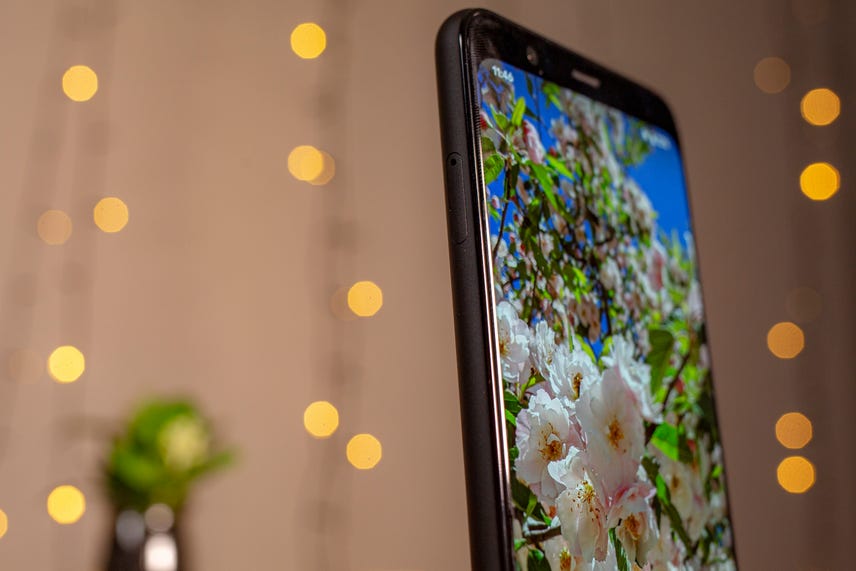 The Pixel 4 from Google is a weird unit, and not necessarily in a bad way, but it is different in small ways from the Pixels that have come before, and that makes all the difference.

In many ways, the phone is a teenager. It is not a fully evolved product, and you can see where it is heading and might even convince yourself it is a good thing. But then occasionally something will happen that is reminiscent of a voice breaking and suddenly you remember it's not quite there.

The exemplar for this behaviour is the new Face Unlock feature. In its infinite wisdom, Google decided the Pixel 4 would drop its fingerprint sensor and go with a facial biometric solution.

It's not hard to see the thinking: "Apple has shown it works, we should add it in". And when it works, it works well.

For people that like to unlock pixels while they are on a desk or a stand, not having to reach around the phone to fondle your way to the fingerprint reader is an improvement -- the face unlock is welcome.

But as a person with a beard, I am definitely a facial recognition edge case, and sometimes it simply doesn't work. If the phone is lying on a desk, you need to crane your neck over to get directly above the Pixel 4 to get it to work, and as for a Pixel Stand on a bedside table, forget about it, it won't work most of the time.

In short, for simply unlocking the device, Face Unlock is good around 80% of the time, and for the other 20%, you'll be wishing for the fingerprint reader to return.

But that working good percentage gets driven down when it encounters the rest of the Android ecosystem, as the Pixel 4 seems to take a step backwards from the Pixel 3.

Take WhatsApp's fingerprint security released last month -- all other Pixel phones will be fine, but the Pixel 4 will not support it.

Similarly, Pixel 4 will find regressions in apps that use fingerprints for authentication. An Australian bank told ZDNet its app is tied to the FingerprintManager API -- hence why the Pixel 4 could validate a biometric login -- and it would "introduce further biometric forms of authentication in future".

Both apps will eventually get there, as the ecosystem migrates across to Android's new biometric API, but until that happens on a wide front, Pixel 4 users are left behind.

It's a strange feeling when you have supposedly one of the more advanced phones on the market, but can point to a 5 year-old phone that can do more.

Additionally in the coming months, Google will fix an issue that allows the Face Unlock feature to be used when a person is not looking at the device with their eyes open. However, the fingerprint reader allowed for the same functionality, so on this count it is more like feature parity.

One of the other selling points of the Pixel 4 devices is meant to be the 90Hz display, but sometimes it is as though you can see the screen change gears.

For a day while testing the Pixel XL, the phone froze for a minute at a time when its notifications were being interacted with, and then later that afternoon, the bottom half of the display went crazy. Interestingly, despite waiting for that exact behaviour to happen again, it hasn't.

However, one constant annoyance is the clipping on the bottom of the device when gesture navigation is turned on.

The switch gives more screen space to content, and apps like Gmail show how it should be used. The mail app has semi-transparent headers and footers that allow for content to be seen through the status icons at the top and the navigation line at the bottom.

However, not all apps are ready for this, and often the bottom navigation area is a black box that makes it look as though the Pixel designers were impressed by the clipped screen on the Moto 360 watch from years gone by. It's a small thing, but it is no less annoying.

Then there is the swipe gesture to go backwards itself. Android 10 allows for backwards navigation from either side of the screen to signal a back button call.

Google said in August it reckons only 3% to 7% of users swipe in from the side. As a so-called three percenter, I'm here to tell you it is a problem. Since the Android Q beta, the number of times I have gestured to take an action on an item, such as marking something as read, and invoked the back gesture is extremely high. When trying to interact with an item on a web page, and accidentally invoking the back gesture, is a recipe for double pain, as my brain tries to undo what just happened by swiping the other way on the other side of the phone, but all that does is send another back signal.

For both the clipping and the gestures, Google has run out in front of its ecosystem partners, and for the next few months and years, app makers will slowly catch up to where Google is heading.

The Pixel 4 is surrounded by a litany of other muddle-headed choices.

What benefits did Google hope to get from killing off its unlimited Google Photos backup at full quality? And who let the headphone situation devolve into an absolute mess?

In the United States, there are no headphones included in the box of the Pixel 4, however they are present in the Australian version of the box, and elsewhere in the Asia-Pacific, users might get a headphone voucher.

The Pixel 4's Motion Sense gesture control is nice to have, but it does feel as though someone who really loved the Samsung S3 finally succeeded in bring back a half-baked feature from 2012 into a 2019 phone.

Even the killer feature of the Pixel 4, it's ability to process on the device and transcribe recordings as they are made, as well as provide captions to any audio played is muddled as the very good transcription app is reportedly headed to older Pixel devices.

At this stage, a Pixel 3 with the transcription app is less hassle than waiting for a Pixel 4 to mature.

This is the nub of the problem with the Pixel 4, Google is taking the Android ecosystem into areas it is not ready for, and given the fragmentation and updating issues with third-party apps, a significant percentage of apps will never reach the places Google is determined to go.

It really is a teenager of a device. With time, this device will start to fully form, but at the moment, it is too temperamental to recommend unless the user knows what they are getting themselves into.

If you absolutely need a new Pixel device, and don't want to wrestle with the fragile Pixel 4, I'd have to recommend a quick stop via the Pixel 3a, and see what Google does over the next year or two before looking again.