There's a method to the madness when it comes to Salesforce working with Microsoft Azure and Google Cloud Platform as its initial deal with AWS runs out.
Written by Larry Dignan, Contributing Editor on Nov. 17, 2019 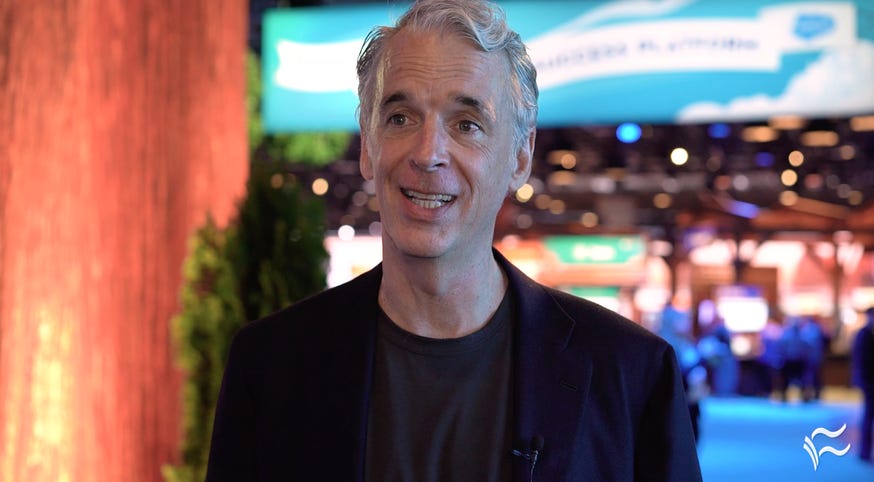 Salesforce is signaling that it's willing to play the multi-cloud game for its own infrastructure and craft broader partnerships that are likely to give it some pricing breaks.

As Dreamforce kicks off this week in San Francisco, we're likely to hear about new services, capabilities and customer innovation and pep talks. I would find a session on how Salesforce manages its own infrastructure far more interesting.

Let's connect some multi-cloud dots with a dash of informed speculation.

Is it a coincidence that Salesforce has deals with Google Cloud and Microsoft Azure just as its initial agreement with AWS comes to a close? Hell no. What Salesforce is doing has to be in the multi-cloud playbook somewhere.

Salesforce said in its 2019 annual report:

The company has entered into various contractual commitments with infrastructure service providers for a total commitment of $2.0 billion. The company paid $156 million in connection with these agreements during fiscal 2019. As of January 31, 2019 the total remaining commitment is approximately $1.8 billion and $264 million is due in the next fiscal year.

Salesforce added that it runs its own data centers too, but IaaS providers are a help with flexibility and meeting in-country data privacy requirements. Salesforce is simply executing what every enterprise needs to leverage: A multi-cloud environment if only to prevent being hosed by incumbent vendors. Salesforce can have partnerships with Google Cloud and Microsoft that are win-win enough to keep costs down somewhat. Salesforce likely moves G Suite for Google and the BigQuery integration helps joint customers with analytics. Microsoft wants to win SaaS providers over with Azure and obviously needs Teams to be a success to hold off Slack.

AWS is a bit of a different animal. AWS is a Salesforce customer, but may not need the channel help as much. AWS also doesn't need Salesforce to use an ancillary product in exchange for compute, storage and other services.

Simply put, Salesforce could be held over a barrel by AWS in future negotiations. Salesforce has more leverage with Microsoft and Google because it can offer more product integration points.

If all of this multi-cloud set-up sounds a bit familiar it's because Salesforce and Oracle did a similar dance before. Salesforce started introducing other databases ahead of an Oracle negotiation. And presto, we get an Oracle-Salesforce bromance and my favorite graphic in my tenure at ZDNet as Oracle locked in Salesforce on some level.

Here's to hoping AWS and Salesforce craft a win-win arrangement in any new negotiation if only to have fun with the Marc Benioff and Jeff Bezos graphic.