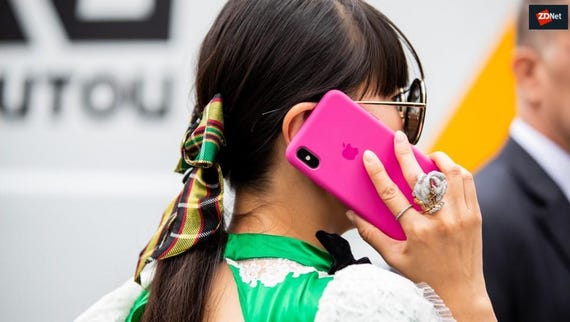 One of Apple's three forthcoming iPhones, presumed to be called the iPhone 11, could have the word 'Pro' tacked to the end of its name.

That's according to the Twitter account CoinX, which has previously correctly leaked the names of the iPhone XS, iPhone XS Max, and iPhone XR, as noted by MacRumors.

The publication was also recently tipped off that the iPhone with a square triple camera setup on the rear would be called the iPhone 11 Pro.

Apple is expected to stick with three new iPhone models this year, including the top-end 6.5-inch and 5.8-inch OLED iPhones, and a cheaper 6.1-inch iPhone with LCD.

Apple is also thought to be reserving the triple-rear camera set-up for the equivalent of the iPhone Max, giving it a wide, telephoto, and ultra-wide lens.

Face ID is also expected to get an upgrade to increase the scanning distance. Meanwhile, all the new models should have improved navigation and indoor positioning.

Apple last week also released the sixth developer beta of iOS 13, which it unveiled in June and is expected to release around September. iOS 13 will include improvements to multitasking, dark mode, a revamped Mail app, improvements to Messages, and a desktop-class Safari experience on iPadOS 13.

On the security front, Apple announced it had expanded its existing bug bounty for iOS to macOS, watchOS, and tvOS. It will also raise its maximum reward of $200,000 for vulnerabilities to $1m, which will be available for macOS and iOS exploits.