A month after publishing a public consultation on options for establishing immediate payments systems, the Bank of Israel is reportedly considering issuing cryptocurrencies.
Written by Corinne Reichert, Senior Reporter on Dec. 26, 2017 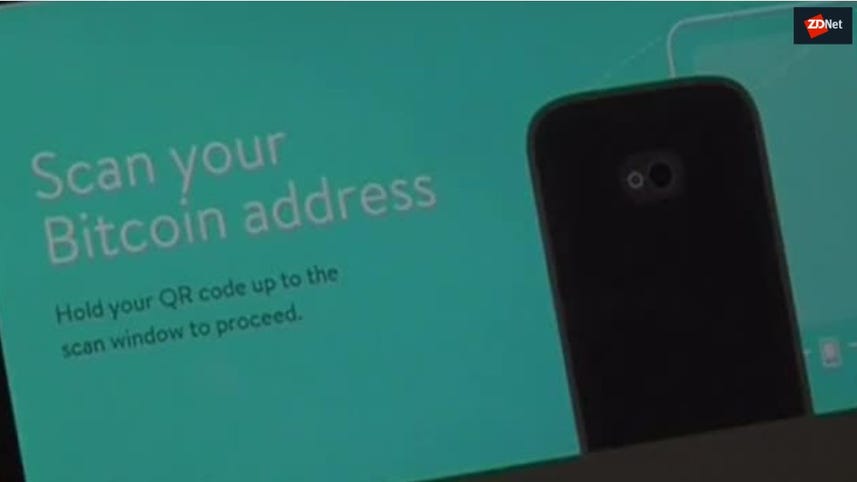 The Bank of Israel is considering utilising digital currencies to speed up payments and reduce cash across the economy, according to a report by Reuters citing a source inside the bank.

According to Reuters' source, while no decision has yet been made and the bank itself has not responded to such reports, the Israeli government is preparing to pass legislation on digital currencies and include them in its 2019 Budget and economic package if the bank goes ahead.

The legislation could potentially cover security, centralisation, and money-laundering measures, the source added, according to Reuters.

The Bank of Israel had last month put out a call for public consultation on establishing "an infrastructure for immediate payment in Israel".

"The public consultation is the first stage in a process of setting up an advanced, efficient, and reliable infrastructure in the payment system in Israel, which will be added to the existing payment and settlement systems and will serve for clearing immediate retail payments, like similar infrastructures existing in various countries worldwide," the bank said in its document.

"The Bank of Israel continues to act to promote innovation and efficiency in the payment system in Israel," Bank of Israel director of Accounting, Payment, and Settlement Systems Irit Mendelson said.

"Establishing an infrastructure for clearing immediate payments will provide a response to many needs existing in the Israeli payments market, and will enable Israeli citizens to use means of payment that are advanced, faster, and convenient, similar to what is customary in other advanced economies."

Israel has been focused on innovation and technology, in June announcing that it would be building a research lab at Hebrew University focused on developing quantum computing communications systems.

In September, the nation also signed a research and development (R&D) agreement with one of Australia's states, with the program to distribute financial grants of around AU$250,000 to New South Wales-based businesses partnering with Israeli companies.

Other nations are meanwhile making moves to regulate cryptocurrencies, with the United Kingdom Treasury in early December announcing that it would be cracking down on Bitcoin via regulation following money laundering and tax evasion concerns.

A European Union-wide plan for online platforms trading Bitcoin would require due diligence on users to be carried out, with any suspicious transactions to be reported. The move is aimed at ending the anonymity associated with cryptocurrencies.

"We have clear tax rules for people who use cryptocurrencies, and like all tax rules, these are kept under review," a UK Treasury spokesperson said.

The Australian government in May similarly announced that it would align the GST treatment of digital currency with regular money as of July 1, 2017, in an effort to promote the growth of the fintech industry.

"Digital currency is currently treated as intangible property for GST purposes. Consequently, consumers who use digital currencies as payment can effectively bear GST twice: Once on the purchase of the digital currency and again on its use in exchange for other goods and services subject to GST," the Australian government said in its 2017-18 Budget.

"This measure will ensure purchases of digital currency are no longer subject to the GST. Removing double taxation on digital currencies will remove an obstacle for the financial technology (fintech) sector to grow in Australia."

On the other hand, Vietnam banned all cryptocurrencies in October under the threat of fines, while China in September banned Initial Coin Offerings (ICOs) as a ruling from the People's Bank of China labelled them "illegal".

As ICOs are largely based on speculation, Chinese regulators said they can be linked to "illegal financial activities [which] seriously disrupt the economic and financial order".

The Australian Securities and Investments Commission (ASIC) said those participating in ICOs should err on the side of caution in ensuring they are following the nation's laws.

Loapi, a trojan with a cryptocurrency miner, was found by Kaspersky Lab to be present in around 20 bogus apps. The researchers infected an Android phone with the malware, which ruined the phone within 48 hours.

Cryptocurrency miners use a CPU to solve a cryptographic challenge, which in turn generates a hash earning the miner a cryptocurrency reward. Malware such as Loapi directs the reward to its makers, rather than to the device's owner.

Loapi also serves its victims with almost endless advertisements; uses the device to launch distributed denial-of-service (DDoS) attacks; and subscribes to paid services via a hidden JavaScript module, with Loapi then sending SMSes via the device to confirm such subscriptions.

Kaspersky found Loapi to have opened 28,000 URLs in 24 hours to display ads, which also overworked the battery.

It additionally has a self-defence feature whereby it accesses a command-and-control server to reach a list of antivirus apps that could detect it, and serves the user with a "malware detected" alert, urging them to uninstall it. This message is shown on a loop until the user uninstalls the antivirus app.

"Because of the constant load caused by the mining module and generated traffic, the battery bulged and deformed the phone cover," Kaspersky said.

Android malware is so processor-intensive it made the battery bulge out.

Bitcoin's high price has been both a boon and a curse for hackers who depend on the cryptocurrency to defraud companies and consumers, explains ZDNet's Danny Palmer.

Every enterprise needs to establish a plan of action to assess and then recover from unauthorized access to its network. This policy provides a foundation from which to start building your specific procedures.