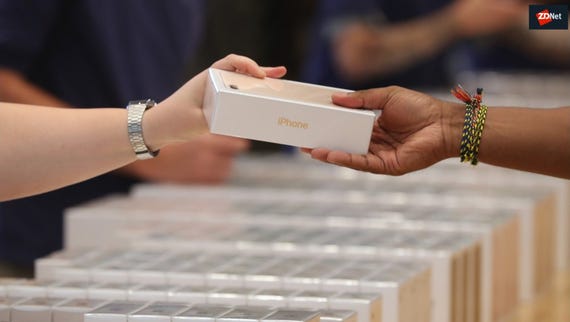 If you're running an older iPhone or iPad that's stuck on iOS 9, then you need to plan some sort of escape strategy following this week's leak of Apple's iBoot source code to GitHub.

Apple was quick to downplay the effect of this leak:

"Old source code from three years ago appears to have been leaked, but by design the security of our products doesn't depend on the secrecy of our source code. There are many layers of hardware and software protections built in to our products, and we always encourage customers to update to the newest software releases to benefit from the latest protections."

However, there are iPhone and iPad users who should be worried - people who are still using iOS 9. According to Apple's own usage share figures, seven percent of active iOS devices are current running iOS 9 or below.

Doesn't seem like a lot, but with over a billion active iOS devices in circulation, that small percentage expands out into around 70 million devices.

And now that the iBoot source code is in the hands of anyone who wants a copy, it's likely to give hackers ideas, inspiration, and above all, vulnerabilities to allow them to crack open older devices.

Here are my recommendations:

The bottom line is that anything still running iOS 9 is already vulnerable (there have been loads of iOS security fixes released since iOS 9 support ended) so you're already skating on thin ice.

This iBoot code release just made the ice a bit thinner.

Join Discussion for: It's time to dump those old iPhones and iPads