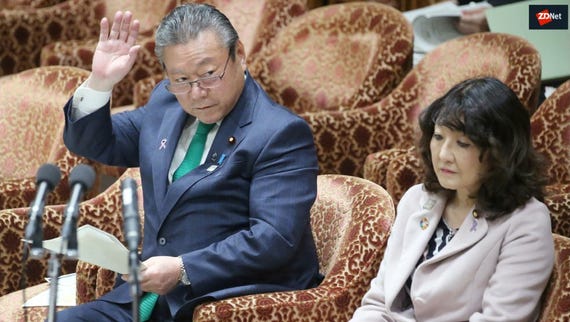 The last two years have been brutal times for Indian IT. First, Indian firms have been systematically targeted by Donald Trump via the slow and steady strangulation of the H1B visa which has been the lifeblood of Indian IT professionals coming to the US with dreams of Greencards and dollar salaries.

Also: Apple talks big about India, but its revenues are tanking

Then, there is the almost overnight vapourisation of traditional infra maintenance and application development businesses as the new era of cloud and mobile have taken over. The very nature of backend or outsourced work is changing dramatically in this brave new world as clients now expect their hired tech hands to be far more responsive, with an ability to execute fast turnaround times on projects. This means hiring people much closer geographically to their projects and certainly in the same time zones. In other words, being tucked away in India, notwithstanding the cost arbitrage, is no longer such a big advantage.

Accordingly, Indian IT firms like Infosys and Wipro have radically stepped up their hiring of Americans and have also opened numerous technology and innovation centers in the US. The killing of an Indian techie in Kansas and Trump's threat to revoke the H-4 visa for H-1B spouses which President Obama introduced has only cast a further pall on the future of outsourced tech work in the US.

Meanwhile, another country is trying to step into the void created by the slow evaporation of the American dream for Indian techies -- Japan.

Home to the most vaunted electronics and engineering companies in the world such as Sony and Mitsubishi and Suzuki, and famed for radically re-engineering automobile manufacturing into what is a worldwide norm today, Japan today is in a bit of a soup with its IT sector. There are simply not enough young people studying database and AI development, say senior Japanese IT professionals, and even if they did, it takes at least three years to train someone. If the problem isn't addressed quickly enough, the country could have a full blown domestic crisis on its hands.

This is a staggering, some-would-say lifesaving opportunity for Indian techies. Around 100 companies in the Nagasaki region of Japan are standing by, ready to absorb Indian engineers to help out on across industries and most specifically in IT, shipping and manufacturing. Some have already expeditiously absorbed Indian bodies. Out of the 50 graduates that Mercari Japan's leading and wildly popular online flea market business has hired, 44 are foreign nationalities.

The country has also launched a program called Project Indian Institutes of Technology (PIITs), luring students from reputed engineering colleges to spend their internship period at Japanese firms. The juiciest carrot of all: The Japanese government is planning on helping these tech professionals obtain their Green Cards or residencies in a mind-bogglingly short one year.

But will the land of the rising sun be an attractive destination for all of those mostly middle-class Indian students wedded to their daal and rice and not so smitten by Takahi Mike and quality sashimi? This article in Forbes thinks that the proposition may not be attractive enough. Obviously the cultural gap is one significant deterrent. For a country's engineers who speak the language of their erstwhile colonisers, namely English, persistent communication problems at work can abound and indeed, Forbes points to half of Indian workers in Japan quitting in five years as an example of this problem.

Another finding: In the 2016-17 International Competitiveness report (World Economic Forum) India ranks 23rd in the ability to attract talent. Japan's rank? 77. As more opportunities blossom in one of the world's largest markets, this may certainly be true of those who have ample choices of juicier jobs at home.

But with a population of 1.3 billion and counting, where 10 million youth enter the work force every year looking for jobs that don't exist, and where competition is stiff and increasing every year, the issue of a cultural gap is a mere trifle compared to the opportunity that stretches ahead for Indian youth.

Brick-and-mortar retailers in India want special protection from deep discounting e-commerce behemoths Amazon and Flipkart, but the flip-flopping government may not come to their aid this time around.

The need to look like our selfies has led to a huge spike in plastic surgery, but contrary to what you may think, it has less to do with our vanity and more to do with mental health.

Reliance is betting that it, and not Walmart, will be Amazon's arch-rival in India

If Reliance manages to execute its triple play of content, carriage, and commerce, it could become a retail juggernaut that even a seasoned global giant like Amazon will find difficult to compete with.

Join Discussion for: Japan is desperate for Indian techies, but...