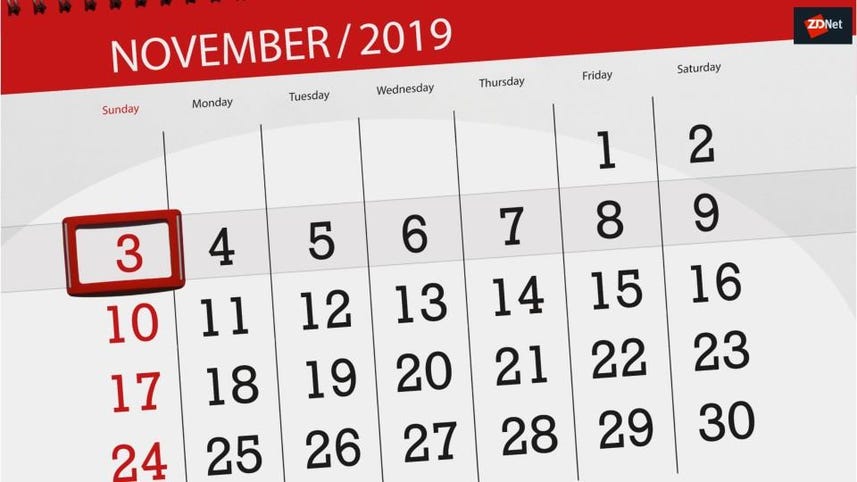 If you've still using an old iPhone 5, you'll need to install an iOS update before 3 November to ensure the GPS receiver and services that rely on it, such as the the App Store, continue to work.

Apple released the 'GPS rollover' bug updates for the iPhone 5 in July, warning users at the time they should update iOS before November 3 due to the GPS issue. The versions with fixes included iOS 10.3.4 or iOS 9.3.6. The iOS 9 update was for iPhone 4s and cellular versions of some iPads that were affected.

Many devices that rely on GPS were forced to update in April for GPS Rollover Week, which happened on 6 April. The rollover occurred because the GPS system broadcasts the current week number in 10-bits, meaning week numbers are limited to 0 and 1023. On week 1024, systems that aren't configured to handle the rollover to 0 might malfunction and trip up systems that rely on it for time.

The latest warning from Apple about the November 3 deadline is targeted only at iPhone 5. Apple's previous warning only stated that location and services like iCloud syncing and email fetch could break after 3 November. This time it highlights that App Store, iCloud, email and web browsing could be affected after that date.

"Starting just before 12:00 a.m. UTC on November 3, 2019,* iPhone 5 will require an iOS update to maintain accurate GPS location and to continue to use functions that rely on correct date and time including App Store, iCloud, email, and web browsing," Apple explains in a support note.

"This is due to the GPS time rollover issue that began affecting GPS-enabled products from other manufacturers on April 6, 2019. Affected Apple devices are not impacted until just before 12:00 a.m. UTC on November 3, 2019."

iPhone 5 owners who don't update before November 3, 2019, will need to back up and restore the device from a Mac or PC to get the update because over-the-air software updates and iCloud backup won't work anymore.

Mobility
Don't want your phone hacked? Just do this one thing