Microsoft's latest Windows 10 test build, No. 17692, brings SwitftKey keyboard support to Windows, along with a handful of other new features.
Written by Mary Jo Foley, Senior Contributing Editor on June 14, 2018 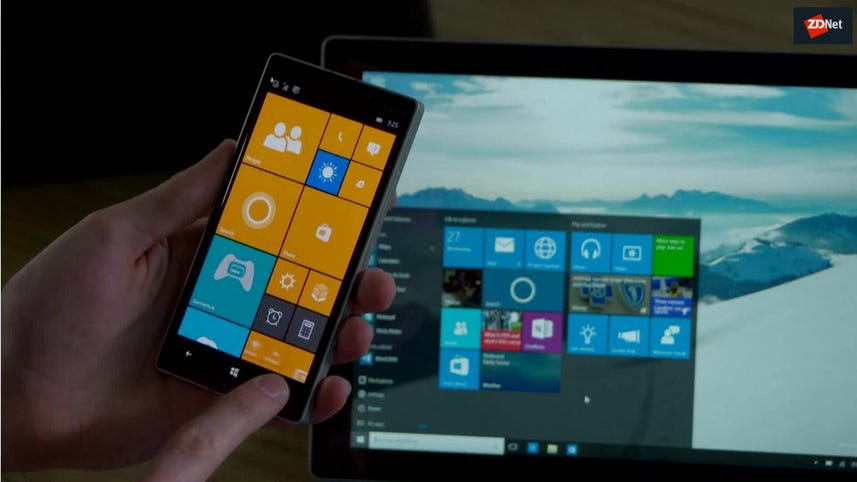 Update: Windows 10 Build 17692, which Microsoft released to Fast Ring and Skip Ahead testers on June 14, originally was said by Microsoft to include autoplay-video-blocking as a new feature for Microsoft Edge. After initially posting that this was included, Microsoft updated its post to say that autoplay blocking will be coming to a new build in the next few weeks, but is not in today's new test build.

Once it's available, the ability to block autoplay videos should be able to be found under "Advanced Settings." Users have the option to allow or disallow sites from automatically playing media.

With this test build, Microsoft is adding SwiftKey support to Windows for those using the touch keyboard. Microsoft acquired SwiftKey in 2016, and SwiftKey already is available for Android and iOS. Initial support for Swiftkey in Redstone 5 is for English (U.S.), English (U.K.), French (France), German, Italian, Spanish (Spain), Portuguese (Brazil) and Russian.

Today's test build also includes a new setting "Make everything bigger" that engages a slider for adjusting the size of text across an entire system and its apps (Win32 apps and UWP apps).

There are several new Game Bar features, including the ability to change default audio output devices and mute/adjust volume of games and apps; see game framerates, CPU usage and more. There are also Windows Mixed Reality improvements in this build that will let users stream audio to both the headsets and PC speakers simultaneously.

Microsoft has added an update with this build to Search that will make it easier for users to find the official download pages for Windows software they want to install.

The full list of fixes and known issues for Build 17692 is in Microsoft's blog post. It's worth noting this build will only be available for Insider testers running Builds 17655 and higher; users can't update from Redstone 4 to this build without first taking Build 17686.

Windows 10 Redstone 5 is expected to begin rolling out to mainstream users around October 2018.