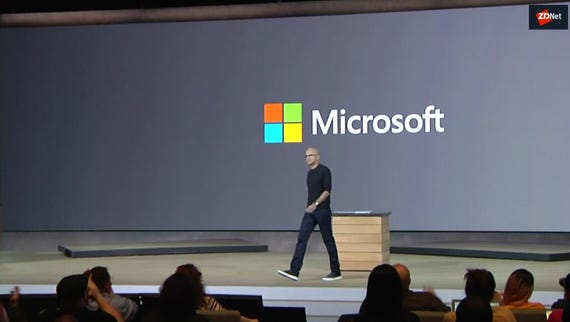 Microsoft's Surface hardware team has been relatively quiet so far in 2018, but things may be about to heat up, based on various rumors and tips.

There are a bunch of new Microsoft device codenames floating around out there, thanks to Thurrott.com and WindowsCentral.com.

Here's a roundup of what others (and I) are hearing from our contacts:

The coming family of small, cheaper Surface tablets (basically, successors to the Surface 3), are expected later this year. The Walking Cat said these could be codenamed "Lex," but like Thurrott.com's Brad Sams, I've also heard the name "Libra" associated with these. Target launch date: This summer, I'm hearing, at least for some models

The Surface Pro "6" -- a.k.a., the next major update to the Surface Pro two-in-one -- is codenamed "Carmel," Sams says. I've heard this device isn't coming until mid-2019 and will be heavily redesigned.

The Surface Hub 2, which Microsoft is still building, is slated to ship in 2019. We've seen a very enticing video of what this might look like, but so far, no actual hardware.

The next release of the HoloLens (after v. 2 was cancelled last year) is due in Q1 2019 and codenamed "Sydney," according to Sam. It supposedly will be lighter, have better field of view, hopefully be cheaper and, as Microsoft has said previously, will come with an AI chip inside so as to handle AI processing at the "edge" for better performance. Microsoft is back to emphasizing the applicability of these devices in business use-case scenarios, with Lorraine Bardeen, GM studio manager for Mixed Reality, recently moving to Corporate VP James Phillips' Business Applications group.

The next family of Xbox consoles, codenamed "Scarlett" and due in 2020, Sams says, wll likely land in the latter half of that year. Microsoft officials publicly acknowledged that there'd be console successors to the Xbox One earlier this week during the E3 show.

Here's what else I've heard, hardware-wise, from my own contacts:

Microsoft is readying some new Surface-branded accessories. One of the first may be a headphone/mic combo, similar to the Jabra Evolve. I don't know when this may be announced, but given Microsoft's focus on making meetings more productive, maybe this year or early next (?)

Intel 8th-generation refreshes of Surface Pro and Surface Laptop could be coming this fall. I'm not sure if these will include USB-C ports (I'd think/hope so), but I believe they still will include the Surface Connect port. I haven't heard anything as to when/if there will be a Surface Studio refresh or version 2 release, but Windows Central's Zac Bowden says the Studio 2 could be codenamed "Capitola."

Because of Microsoft's recent corporate-wide reorganization, which resulted in the previous Windows and Devices Group being cleaved in two, Microsoft's hardware roadmap is likely in flux.

Chief Product Officer Panos Panay continues to lead the Surface team, and the Surface team is working hand-in-hand with the Office and Windows experiences team in designing devices. But I'm sure many, if not all, of the hardware and OS inititiaves that were put into place under former Windows chief Terry Myerson are being reevaluated.

What's that mean for things like Oasis (the mixed reality shell), Aruba (the Surface Hub shell), Polaris (the Windows desktop shell), and even the dual-screen Andromeda device? I'm not sure.

Patents related to what we think will be the Andromeda hinge and design have gone public over the past couple years and references to Andromeda have shown up in Windows 10 "Redstone 5" SDK bits. But I'm not sure management has yet nailed a solid use case for some of this stuff and no one wants a Surface Mini repeat.

Join Discussion for: What's next on the Microsoft hardware front:...