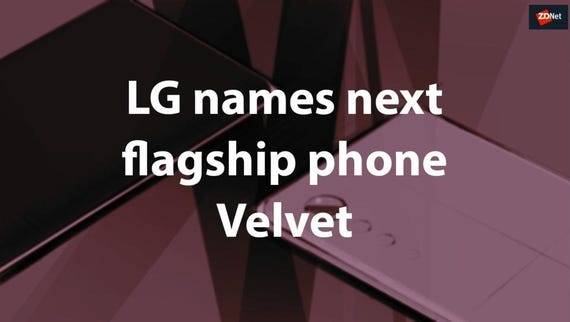 LG Electronics has posted a video invitation for the unveiling event of its next flagship smartphone, the LG Velvet.

The 15-second video clip, posted on its YouTube channel, starts with a runway with different coloured raindrops falling on it.

It is meant to tout the raindrop design of the LG Velvet's rear camera and the colours it will be available in, as shown in an earlier teaser video.

The South Korean tech giant added that the unveiling event would be filmed beforehand and posted online at 10am KST time, May 7 on its YouTube and Facebook pages.

LG decided to make the unveiling online in order to adhere to COVID-19 social distancing measures.

The LG Velvet is confirmed to be powered by Qualcomm's Snapdragon 765 5G and will have a headphone jack.

While LG has not yet announced the official pricing for its upcoming flagship device, it previously said it would be a "mass premium" phone to hint at the device likely being more affordable compared to competitors.

The phone will go on sale sometime in mid-May in South Korea.

Join Discussion for: LG Velvet smartphone to get online reveal...