​Linus Torvalds is back in charge of Linux

After a few weeks off to reconsider his role in the Linux community, Linus Torvalds is back in the saddle.
Written by Steven Vaughan-Nichols, Senior Contributing Editor on Oct. 22, 2018 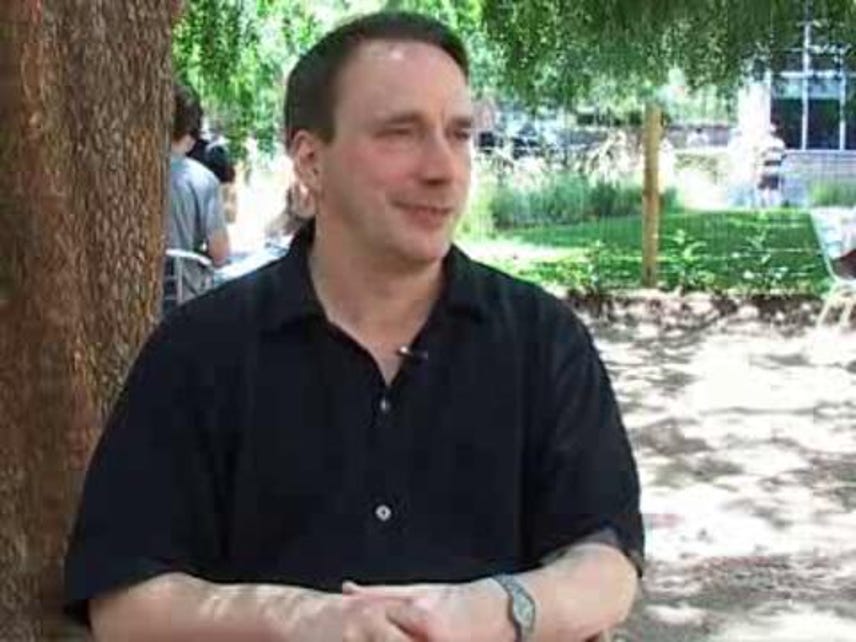 At Open Source Summit Europe in Scotland, Linus Torvalds is meeting with Linux's top 40 or so developers at the Maintainers' Summit. This is his first step back in taking over Linux's reins.

A little over a month ago, Torvalds stepped back from running the Linux development community. In a note to the Linux Kernel Mailing List (LKML), Torvalds said, "I need to change some of my behavior, and I want to apologize to the people that my personal behavior hurt and possibly drove away from kernel development entirely. I am going to take time off and get some assistance on how to understand people's emotions and respond appropriately."

That time is over. Torvalds is back.

Whether he'll be a kinder and gentler Torvalds remains to be seen.

In the Linux 4.19 announcement, Greg Kroah-Hartman, Linux's temporary leader and maintainer of the stable branch, wrote: "Linus, I'm handing the kernel tree back to you. You can have the joy of dealing with the merge window :)"

Torvalds is not scheduled to make any public appearances at Open Source Summit Europe. He has also not made any remarks on the LKML yet.

Simultaneously, the revised Linux Code of Conduct has been approved as part of Linux. The new Linux Kernel Contributor Covenant Code of Conduct Interpretation states: "It is a reasonable expectation to have maintainers lead by example."

So, Torvalds will be expected to take the lead in making the Linux development community a more welcoming and friendly one. Looking ahead, Jon Corbet, kernel developer and editor of LWN, thinks the Linux community will become less of what was once a "Wild West world with dueling developers and more of a professional developer community."