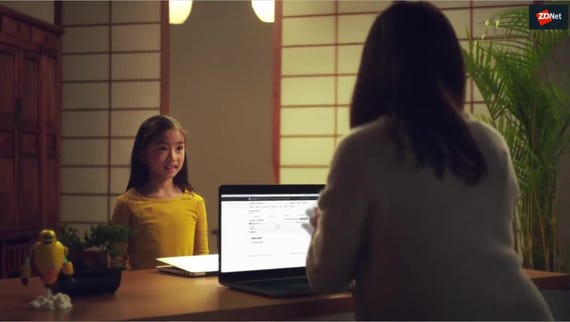 Video: What to expect from the Microsoft-GitHub deal.

Some open-source adherents weren't happy about Microsoft snapping up GitHub, the world's most popular code-hosting repository, but the Linux Foundation reckons it's a win for open source.

"This is pretty good news for the world of open source, and we should celebrate Microsoft's smart move," wrote Jim Zemlin, the executive director at the Linux Foundation.

Zemlin has taken potshots at Microsoft over the years for its past attacks on Linux and the open-source community. He acknowledged that there are still "small pockets of deep mistrust" of Microsoft but encouraged the community to get with the times.

"I will own responsibility for some of that as I spent a good part of my career at the Linux Foundation poking fun at Microsoft (which, at times, prior management made way too easy)," he said.

"But times have changed and it's time to recognize that we have all grown up -- the industry, the open-source community, even me."

Like many others have observed, Zemlin says Microsoft under Satya Nadella isn't the same company it was under Steve Ballmer, who famously called Linux a cancer but has since warmed to it.

Since those days Microsoft has emphasized its love for open source, and two years ago joined the Linux Foundation. Last week, it revealed it is buying GitHub for $7.5bn.

"Satya Nadella has righted that oversight in a spectacular way this week. Microsoft has always loved developers and wants to make a business of providing developers with great tools to help them create great technology," he wrote.

Zemlin argues that open-source developers "probably" should not be worried about Microsoft's ownership of GitHub and is also positive about the appointment of Nat Friedman, former CEO of Microsoft-owned Xamarin, as GitHub CEO.

Friedman held an AMA, or Ask Me Anything, on Reddit at the weekend to answer questions about the acquisition and address reports that developers had moved tens of thousands of projects to GitHub rivals like GitLab.

"Developers are independent thinkers and will always have a healthy degree of skepticism, but I admit I was sad to see that some felt compelled to move their code. I take the responsibility of earning their trust seriously," wrote Friedman.

According to Friedman, the number of GitHub users who migrated from GitHub or closed accounts is "extremely small" and those losses have been made up for in the days after the acquisition.

See: From Linux to Cloud, why Red Hat matters for every enterprise

"Developers are really particular about their setup, and choosing an editor is one of the most personal decisions a developer makes. Languages change, jobs change, you often get a new computer or upgrade your OS, but you usually pick an editor and grow with it for years. The last thing I would want to do is take that decision away from Atom users," wrote Friedman.

"Atom is a fantastic editor with a healthy community, adoring fans, excellent design, and a promising foray into real-time collaboration. At Microsoft, we already use every editor from Atom to VS Code to Sublime to Vim, and we want developers to use any editor they prefer with GitHub. So we will continue to develop and support both Atom and VS Code going forward."

He also noted that VS Code and Atom are both based on Electron, which Microsoft has helped GitHub develop since 2015 when it was still called AtomShell.

"We joined their Slack channels and participated in hackathons, and Microsoft has been a major contributor to Electron ever since. We also use Electron in many other products."

GitHub rivals gain from Microsoft acquisition but it's no mass exodus, yet

GitHub competitors have picked up thousands of new developers but in relative terms the numbers are small.

Microsoft's move to acquire GitHub isn't all that surprising given that the company is a top contributor and has worked well with developers in recent years. Now can it keep GitHub the Switzerland of code?

The rumors were true: Microsoft is buying the GitHub hosting and development service for $7.5 billion.

Why Linkedin + GitHub profiles could be the hidden gem in $7.5B Microsoft acquisition (TechRepublic)

Microsoft's acquisition of the version control platform could improve talent visibility and give the company a competitive edge.

Microsoft to acquire GitHub for $7.5B to solidify developer ties (CNET)

More than 1.5 million companies use it as a software development repository.