Legal wheels may now be in motion as Uber is granted an extended license to work in the capital.
Written by Charlie Osborne, Contributor on July 25, 2018 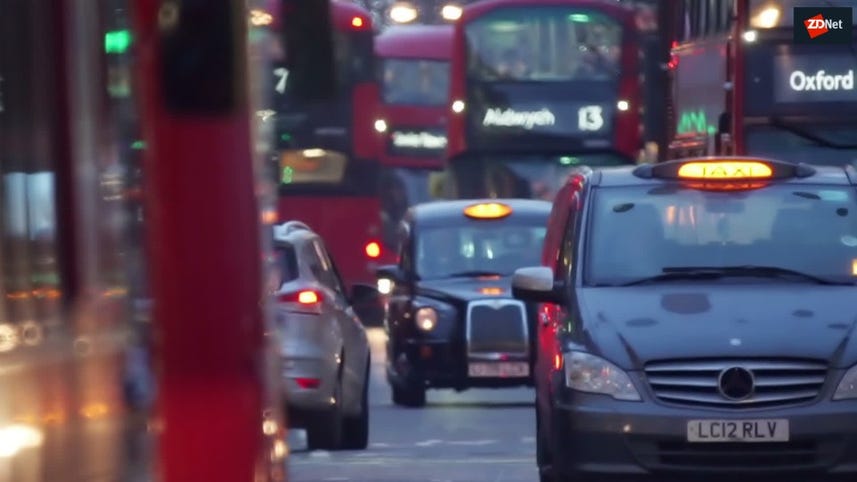 London black cabbies are not taking Uber's extended license quietly and are reportedly planning to sue the ride-hailing firm.

Uber has found itself at the heart of many a controversy, as well as a battle between traditional taxi services and more modern, mobile ride-hailing systems.

Whether or not you consider the business model dubious, Uber -- alongside rivals such as Lyft -- have become popular enough alternatives to traditional cabs to spread worldwide.

However, some traditional firms, which have seen profits slump as Uber invades their working territories, are fighting back.

London is one such area for combat. In 2017, Uber lost its license to operate in the city. The Transport for London (TfL) transport authority said that Uber was not "fit and proper" to operate a carriage service in the city and should not be issued a private hire operator license, a basic requirement for chauffeurs, taxi services, and private hire in the city.

TechRepublic: New Uber initiative may make it easier for seniors to access healthcare

Uber agreed that it had not met the standards required by London officials, such as strict background checks for drivers, apologized, and has now been granted a 15-month license to continue operating -- as long as the company agrees to strict conditions.

The ride-hailing firm is likely celebrating the reprieve, but London black cabbies are not pleased. According to Sky News, taxi drivers in the capital are exploring the possibility of a class-action lawsuit which could demand compensation of up to $1.25 billion.

The Licensed Taxi Drivers' Association (LTDA), catering for over 25,000 members in London, is reportedly working with law firm Mishcon de Reya to draw up a plan of action.

The lawsuit, should it proceed, is expected to draw on at least the past failings in the way Uber operates. LTDA could argue for lost earnings on behalf of its members, which could equate to £10,000 each over the course of five years.

There is no certainty that such a lawsuit will go ahead, but the overturned ban may prove to be a catalyst for black cab drivers that wish to be heard.

Speaking to Sky News, Steve McNamara, general secretary of the LTDA said, "We've been approached by a number of members to help them explore whether there would be grounds for a potential class action on behalf of all taxi drivers against Uber."

"We are in the very early stages of obtaining legal advice from leading law firm Mishcon de Reya on whether this is a possibility," McNamara added.

ZDNet has reached out to Uber and will update if we hear back.

Developer
Air purifier deal: Save up to $105 on Winix air purifiers