Brexit worries are leading companies in information and communications to consider shifting some of their operations, mostly to Europe.
Written by Steve Ranger, Global News Director on Feb. 4, 2019 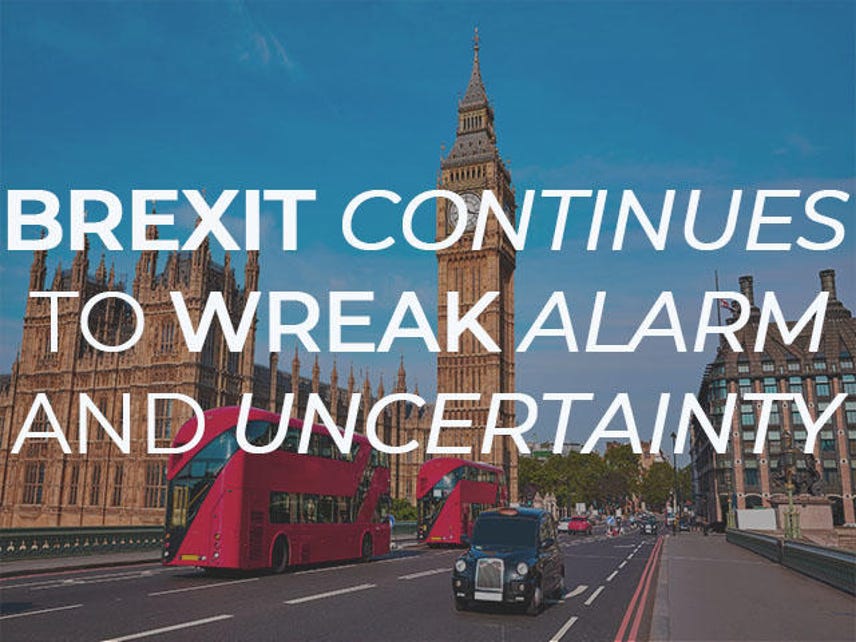 Nearly four out of ten tech companies say they are at least considering moving or setting up operations outside of the UK as a result of Brexit.

In a survey by the Institute of Directors, 39 percent of companies working in information and communications said they had already set up operations elsewhere, were planning to do so, or were actively considering such a move. Companies working in the ICT sector were the most likely to say they were considering a Brexit-related move, ahead of other industries, such as finance or manufacturing, perhaps because tech companies are easier to shift.

Brexit — and in particular a no-deal Brexit is something that tech companies are very worried about. The UK's tech executives were largely opposed to Brexit; before the referendum a survey found 70 percent wanted to stay in the European Union.

In the case of a no-deal Brexit, company executives worry about access to investment, markets, and the scarce developer skills that they need to grow their businesses. The impact on data flows and the ability for UK staff to work long term in Europe are also factors that make a no-deal Brexit more difficult for tech companies.

If the UK arrives at a no-deal Brexit, while trade in physical goods will be covered by World Trade Organisation rules, no such rules exist for services (which make up around 80 percent of tech exports), worrying business further. A managed Brexit reduces many of these risks, although tech companies worry that it will still damage their competitiveness and ability to recruit.

The survey of over 1,200 company directors found that 16 percent had already pressed the button on relocation plans or were planning to in connection with Brexit, while a further 13 percent are actively considering doing so.

Two thirds of companies said they would be moving operations to the European Union.

Larger tech companies have already activated their Brexit contingency plans, which include stock-piling components or changing their recruiting plans, according to industry groups. Smaller tech firms with less resources are taking a wait-and-see approach.