Made By Google: The Pixel 4 and Pixel 4 XL are official, preorders start today 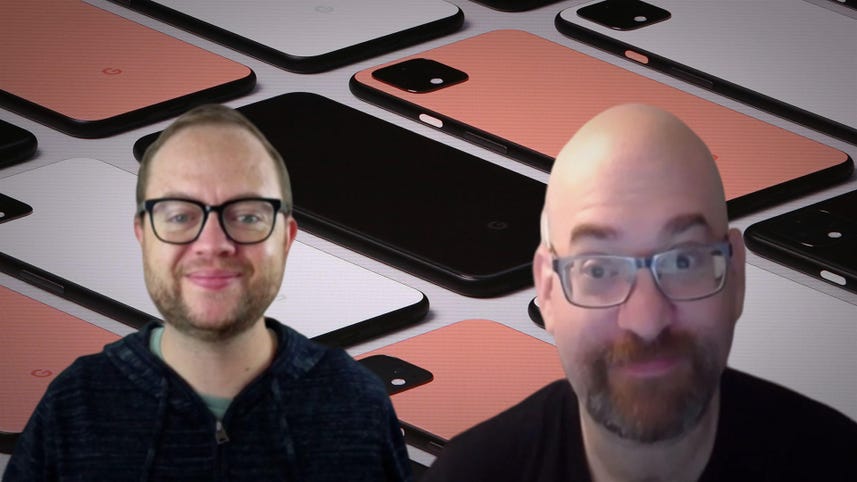 During a special event in New York City, Google announced its latest smartphones: The Pixel 4 and Pixel 4 XL. The two smartphones haven't been the best-kept secret, between Google trying to get ahead of the leaks earlier this year, and the onslaught of videos, pictures, spec sheets, and even the official boxes leaking ahead of the official announcement.

True to the leaks, the Pixel 4 has two cameras on the back, and it no longer has a two-tone look.

The Pixel 4 will include a new face unlock feature that automatically turns on when you pick up the phone, allowing for quick authentication. Project Soli -- the radar platform that's used for hand gestures to control the phone without touching it -- is also included. You can use the new Motion Sense system to control music playback, or the phone can automatically disable the always-on display when it detects that you're no longer at your desk, for example.

Google Assistant also received an update, with a new animation at the bottom of the screen, and the ability to continue taking commands in context with the previous command. For example, you can ask Google to search for an artist's tour schedule, and then have the results sent to a friend by just saying: "Send to [contact name]."

There's a new recorder app for voice memos that can also live transcribe text, and it's all done on-device -- so none of your conversations are sent to the cloud for transcription.

The display has a 90Hz refresh rate that auto-adjusts depending on what you're doing. It's a similar feature that the OnePlus 7 Pro and 7T offers.

Pre-orders start today, with shipments arriving Oct. 24. The Pixel 4 starts at $799, and the Pixel 4 XL starts at $899. For the first time, the Pixel 4 will launch on all major US carriers -- not just Verizon, as has been the case isn't the past.

The headlining feature of all Pixel phones, outside of consistent software updates, has been its cameras. With Pixel 4, Google has added a second camera to the back of the phone. The Pixel 4 has a 2x telephoto lens, in addition to the standard camera. The cameras use Google's Super Res Zoom image processing to capture clearer zoomed-in photos.

The new camera setup will have a dual-exposure control, improved white balance for truer colors, and an improved portrait mode. The addition of the second camera has allowed Google to better detect depth, for improved bokeh.

Night Sight has, of course, also received an update, adding the capability to take photos of a starry sky at night.

Here are the official specs of the Pixel 4 and Pixel XL, according to Google:

Perhaps the most notable aspect of the spec sheet is that the Pixel 4 has a 90Hz display, which should make common tasks like gaming and scrolling through your Facebook feel smoother.