Smart car-safety tech could be the biggest thing since mandatory safety belts.
Written by Liam Tung, Contributor on March 27, 2019 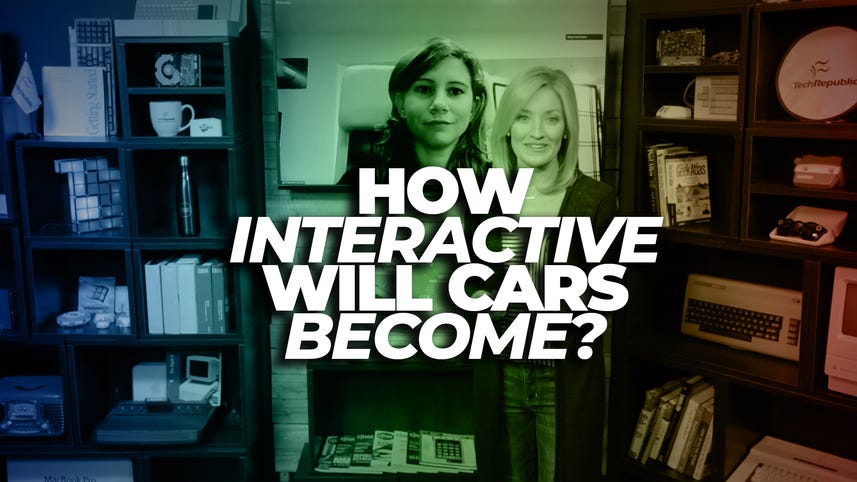 The European Commission is onboard with new road-safety regulations that will mandate that vehicles are equipped with life-saving tech, which it says could have as much impact as laws forcing car makers to install seat belts.

The new laws would require auto-makers to equip new vehicles with cameras and sensors to control speed, assist drivers with lane keeping and reversing, and monitor drowsiness and distractions from smartphones.

The laws would also mandate that cars, vans, trucks and buses are equipped with an aircraft-like 'blackbox' to retain data about accidents after they occur.

Safety features covered under the proposal are already available in many luxury models from the likes of Tesla and BMW, but the rules would force manufacturers to include them in cheaper vehicles, too.

"Every year, 25,000 people lose their lives on our roads. The vast majority of these accidents are caused by human error. We can and must act to change this," Commissioner Elżbieta Bieńkowska said.

"With the new advanced safety features that will become mandatory, we can have the same kind of impact as when the safety belts were first introduced. Many of the new features already exist, in particular in high–end vehicles. Now we raise the safety level across the board, and pave the way for connected and automated mobility of the future."

The European Commission believes that the new rules, if adopted, will prevent 25,000 deaths and 140,000 serious injuries every year.

As per The Guardian, despite Brexit, the UK intends to adopt the EU regulations if they're approved, which is likely to happen at the European Parliament in September.

The speed limiter, known as intelligent speed adaption (ISA), relies on GPS and online maps to restrict the speed of a vehicle to the road speed limit.

There are different levels of ISA, with less strict systems allowing the driver to override the system by pressing the accelerator. A mandatory ISA can reduce the flow of fuel or require the user stamp on the accelerator if they want to go faster than the speed limit.

A 2005 study by the Institute for Transport Studies at the University of Leeds estimated that a mandatory limiter would reduce injury accidents by 20 percent and fatal accidents by 37 percent.

Volvo is getting ahead of the new regulations, announcing last week that it would limit all new vehicles to 118mph and give parents controls for limiting how fast their kids can drive. All 2021 model year Volvos will have these features.

The Chinese-owned Swedish car maker is also planning to tackle drunk driving using cameras that can detect if the driver has had too much to drink or taken another substance that could impair driving capabilities.

The cameras would also detect if a driver is distracted, monitoring for example whether they're looking at a smartphone rather than keeping their eyes on the road.

Antonio Avenoso, executive director of the European Transport Safety Council (ETSC) said the new laws would be the biggest improvement to road safety since seatbelts were made compulsory.

"There have only been a handful of moments in the past 50 years that could be described as big leaps forward for road safety in Europe. The mandatory introduction of the seat belt was one, and the first EU minimum crash safety standards, agreed in 1998, was another," said Avenoso.

"If last night's agreement is given the formal green light, it will represent another of those moments, preventing 25,000 deaths within 15 years of coming into force. Although this legislation was many years in the planning stages, there has been relatively little time for political discussions over its final shape."