Mass production 3D printing? It's coming, and it's a big deal

Markforged $82 million raise should be a starting gun for mass production additive manufacturing, which will drive the next industrial revolution.
Written by Greg Nichols, Contributing Writer on March 22, 2019 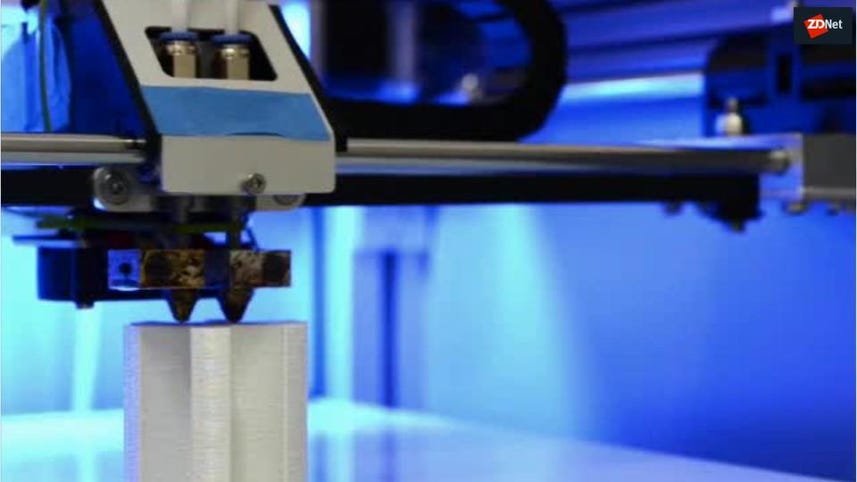 Markforged, a company that makes industrial 3D printers, today announced that it has closed an $82 million Series D round. That's a hefty raise for a 3D printer company, and it signifies an important shift in additive manufacturing, long the sphere of prototyping and short run production, toward higher output and mass production.

"Markforged set out to change the pace of human innovation by enabling engineers, inventors and manufacturers to print industrial-grade parts at a fraction of the time and cost of traditional methods," says Greg Mark, CEO and co-founder. "We're very excited to have Summit join us as we help accelerate the next industrial revolution with broadly accessible and reliable 3D printing."

That's a lofty aspiration, but it might not be far off. The $12 trillion manufacturing sector is undergoing a transformation thanks to flexible automation technologies, including autonomous mobile robots and collaborative robotics. Additive manufacturing, bolstered by cloud-based software, greater precision, new materials, and increasing outputs may be the missing ingredient to transform production for the 21st century.

Imagine if large production runs of parts could be initiated with a CAD file and a laptop. No tooling and no line setup required. So far 3D printers have been too slow, too imprecise, or too costly (often all three) to gain wide adoption in mass manufacturing. Instead it's been relegated to short run or high-end manufacturing.

Markforged opportunity is to leverage its catalog of 3D printing patents to build printers that enable high-strength, precision parts manufacturing but that cost substantially less than million-dollar enterprise 3D printers. That segment, between the hobbyist and the major manufacturers already using 3D printers in their lines, is enormous, and it's helped make Markforged the 10th fastest-growing technology company in North America, according to Deloitte, as well as one of Forbes' Next Billion Dollar Startups.

The pitch has resonated with investors, as well. The company has total funding nearing $140M.

"We have been actively monitoring the additive manufacturing market for the last decade and are excited to partner with the Markforged team," said Michael Medici, a Managing Director at Summit Partners, which led the latest round. "Markforged has been quietly executing at an incredible pace for the last five years, delivering exceptional products that solve real-world industrial manufacturing needs."

But the space is going to get crowded quickly. Markforged's competitors include Formlabs, Desktop Metal, Fictiv, and MakerBot. Competition for the mass market manufacturing sector is only going to increase, moving the technology forward and driving prices down.

Welcome to the next industrial revolution.