The 64-bit architecture of the Voice has voice recognition integration with (32-bit) Amazon Alexa and Google Voice. The tool will allow makers and hardware developers to quickly create low cost voice-control apps.

The Voice board has a radial array of seven MEMS microphones, which are connected to a Xilinx Spartan6 FPGA + 64 Mbit SDRAM. The microphone array on the Voice lets you take advantage of voice recognition in your app creations.

It uses services such as Microsoft Cognitive Service, Amazon Alexa Voice Service, Google Speech API, Wit.ai, and Houndify. Events can be triggered based on sound detections and applied to pre-configured actions.

The company will also offer a stand-alone 2.4 GHz Wi-Fi and Bluetooth-enabled 32-bit microcontroller version for commercial voice solutions for IoT.

It measures, appropriately enough 3.14-inch (the value of Pi) in diameter and is priced at $45. It launched its Indiegogo campaign, asking for $5000 "flexible goal" investment earlier today.

MATRIX Labs Co-founder and CEO Rodolfo Saccoman said: "MATRIX Voice is our latest addition to the MATRIX Labs toolbox and, like our MATRIX Creator dev board, MATRIX OS, App Store, it is poised to accelerate the creation of next-generation voice-control apps faster and more cost-effectively than ever before." 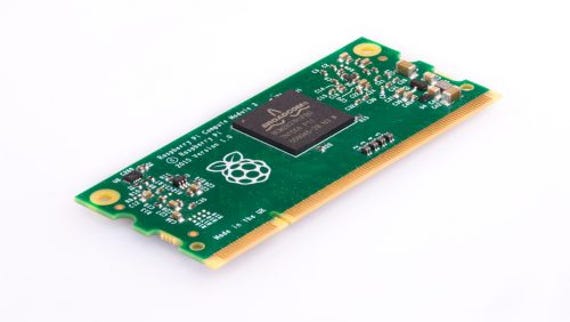