Following its $67bn acquisition of EMC, Dell says it will soon be the largest "privately-controlled, integrated technology company" in the world -- so just what will it do with this newfound status?

According to company founder Michael Dell, the acquisition sees the merged company "positioned as a leader in the IT of tomorrow" -- serving the "third platform" of enterprise technologies -- encompassing the software-defined datacenter, hybrid cloud, mobility, and security.

Dell was in London this morning to discuss the future of the soon-to-be-merged companies and what led him to think that spending so much money on an enterprise storage and virtualisation specialist was a good idea.

Dell buying giant EMC - or vice versa? Dell is in talks with EMC to buy - or merge - with the storage giant, EMC. A $25B guppy swallowing a $50B whale?Dell's swan dive or key to a successful rebirth? Here are the issues.

The new company brings together Dell's enterprise server range, EMC's storage offerings, and the converged infrastructure of EMC-owned VCE, as well as virtualization via VMware. Through the combined product lines of the two companies, Dell hopes to be "an industry-leader in extremely attractive high-growth areas of the $2tr IT market".

Dell is convinced the merger will allow the company to provide the IT architecture that businesses will need to keep pace with digital disruptors such as Uber and Airbnb.

"We believe that scale matters," he said.

"There is a blurring of the lines that has separated the silos in the datacenter. The software-defined datacenter is coming and our new company is incredibly well positioned for that."

While long-established technology giants like IBM cast off traditional enterprise divisions, most recently selling off its server business to Lenovo, Dell appears to be moving in the opposite direction with the purchase of EMC and with its business selling high-margin storage to large corporations.

But Dell said that moving against the tide didn't faze him. "I've never been afraid to do things in a different way to other people, so I'm going to keep doing my thing," he said.

"We know that many companies like to buy these things together, whether it's PCs and servers or servers and storage.

"There's lots of opinions about what approach is better. Time will tell but we're comfortable that it will be a winning approach."

On top of hardware offerings, the new business will have a significant stake in selling security via EMC-owned RSA and Dell's SecureWorks, as well as big data software and services via EMC and VMware spinoff Pivotal.

Becoming a major player in the cloud

Perhaps one of the significant aspects of the deal is that it buys Dell a controlling stake in virtualisation giant VMware, which will continue as a publicly-traded company. Together with the hardware portfolio of the new company, Dell will be able to sell many of the cloud building blocks an enterprise wants to buy.

But it's not clear for how long enterprises will want to build their own infrastructure in favour of gradually moving to the public cloud. Looking ahead Dell/EMC will be in competition with the public cloud giants, the likes of Amazon, Google, and Microsoft. These firms are building cloud platforms largely using hardware sourced from low-cost whitebox server manufacturers -- rather than traditional enterprise OEMs such as HP and EMC -- with custom software and support provided in-house. Credit Suisse estimates that every dollar that goes to Amazon Web Services is $4 lost to traditional IT vendors.

In spite of the cloud giants' preference for whitebox hardware, Dell said, "We sell quite a lot to service providers." He added that the firm saw an opportunity in providing a mix of public and private cloud platforms to enterprise.

"We're big believers in the hybrid cloud," he said, adding that "the software around converged infrastructure" in private cloud hardware was "bringing many of the benefits of a public cloud to an on-premise datacenter" and that "VMware is very well positioned to make this happen".

In snapping up EMC, Dell is moving into uncharted territory. While Dell has a history of selling low margin servers, EMC specialises in providing high-margin storage to enterprises that want guarantees on availability, performance, and support.

But there are questions as to how the combined companies will transcend the difficulties they faced individually. EMC's core enterprise storage line is not meeting revenue expectations, and its attempts to spread to new markets with its Atmos and Pivotal cloud plays have not been big enough to drive EMC's $25bn dollar revenue at the growth rates Wall Street expects.

Despite the wobbles in revenues from EMC's traditional storage lineup, Dell expressed confidence that EMC's lineup would satisfy his expectations. 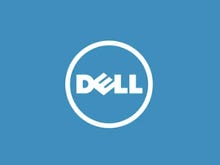 Dell cleared to go private for $24.9B after shareholders vote in favor of deal UPDATED: Dell shareholders have voted to take the company off the stock market, in one of the largest privatization deals in modern technology history.

"One of the big opportunities is the combination of world-leading server and world-leading storage businesses and the excitement that we've seen from partners and customers around that is great.

"EMC does quite well in the areas where it's leading and I'm confident that the combined entity will continue to grow share as well.

"It's also true that, if I jump over to the PC business, we've been gaining share in a market that's been shrinking and from our perspective there's nothing wrong with that."

Dell has gained PC market share for the past 11 quarters, he said, adding that the PC market has been boosted by the emergence of 2-in-1 and convertible tablet/laptop machines running Windows 10.

Software, specifically enterprise application development, could also spur growth for the combined company -- with the new firm able to build off the popularity of Pivotal Cloud Foundry as an enterprise PaaS, as well as Dell-owned analytics offerings Kitenga and StatSoft.

There is also the question of how Dell and EMC will reconcile the considerable overlap between their products and services.

On the server side, Dell has its PowerEdge range while EMC sells lots of UCS boxes through its partnership with Cisco Systems. Similarly Dell will have various hyperconverged server-storage machines in the shape of EMC's ScaleIO, Nutanix Xtreme Computing Platform, and VMware's Virtual SAN, and significant duplication between Dell's Compellent and EqualLogic arrays and the VMAX, VNX, and XtremeIO offerings from EMC.

Reports from a Reuters' source claim Dell will sell off $10bn in "non-core assets, including software and services" to offset the debt it is taking on by buying EMC.

Dell didn't have any comment on what areas of the two businesses may be scaled back to avoid duplication. He answered the question by saying, "We think it's a great set of businesses and capabilities and there's nothing more to say."

However, in relation to storage he committed to retaining all of EMC's and Dell's existing core products.

"We'd much rather have an overlap than a gap, so we're going to continue all the main product lines and continue to improve them."

In terms of their joint pool of hundreds of thousands of enterprise customers, Dell believes the deal will help it cover all business bases, with Dell selling into small and medium-sized enterprises and EMC to the large corporates that made its fortune.

"We'll be able to do this with unmatched reach to customers of all sizes, across all countries with incredible scale," said Dell.

Dell also sees the coming explosion in Internet of Things (IoT) as a major growth opportunity -- saying the company has some 150 IoT projects on the go focused on providing Dell hardware, software, and services to support the network of sensors, gateways, and servers IoT will rely upon.

"Some are in the pilot stage and some are already implemented. We have a whole group inside the company around IoT -- which is software, services, and hardware -- and we're jumping in all guns blazing because we think it's a big opportunity."

Dell and EMC will be united under a private ownership structure. The company issued a statement saying that by combining the two companies as a private entity it will be "able to make investments for the long-term, unencumbered by the short-term orientation of the public markets".

Join Discussion for: Michael Dell: What our $67bn merger means...