An emerging industry of microrobotics involves using tiny robots to deliver payloads to precise locations inside the body for non-invasive, personalized medicine.
Written by Kelly McSweeney, Contributor on June 27, 2018 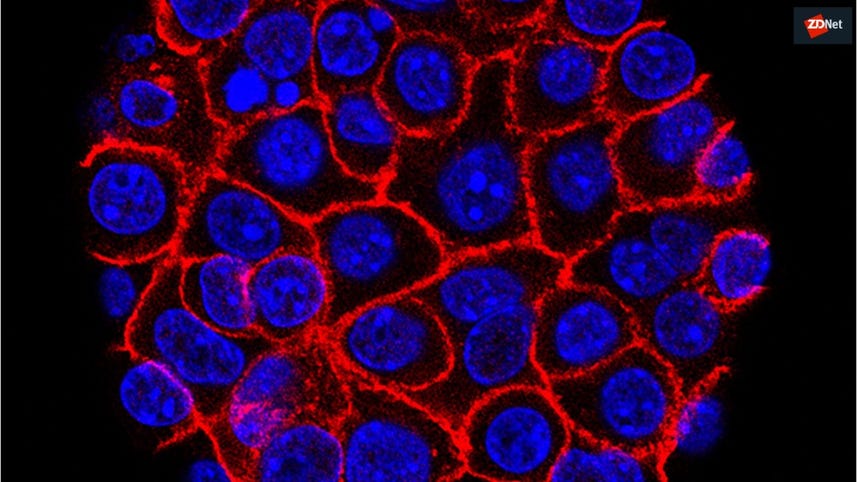 Microrobots could diagnose disease, deliver medicine, and perform surgery -- all on the cellular level. This level of precision might seem like a stretch, but this emerging field is actually well underway. Today, researchers at City University of Hong Kong published a study in Science Robotics describing how their microrobots successfully delivered cells to a specific site in live animals for the first time. To be more specific, the robots delivered cancer cells to a mouse until it glowed with cancer.

Building the robots is extremely challenging because it combines several disciplines that don't usually intermingle. Experts in medicine, nanotechnology, and robotics have to work together to figure it all out. Dilemmas include which materials to use, what shape the robots should take, how will they move and carry payloads, how will the body react to the foreign object, and finally, how to get the robot out after it has finished its job.

In this latest experiment, the researchers first used computer models to compare potential sizes and shapes for the robots. They found that spiky "burr-shaped" robots were best for the job, and then they used 3D printing to manufacture robots, coating them with nickel to make them magnetic and titanium for biocompatibility. The researchers loaded the microrobots with connective tissue cells and stem cells and then injected the robots into zebrafish embryos, used magnets to guide the robots to the right location, and then let the robots deliver the payload.

After that successful test, they injected microrobots carrying cancer cells into a mouse. The cancer cells were florescent so that they could be identified later. After a month, the target site on the mouse glowed, signifying that the cells were successfully delivered.

The end game, of course, is not to give animals cancer, but instead to improve the ways we treat human cancer patients. Cancer cells were used in the experiment because they could easily be detected in a few weeks, so they were a good way to verify that the robots could successfully release cells to a specific location in a live animal.

Read also: How 5G will drive down the cost of robots - TechRepublic

Researcher Dr. Dong Sun tells us, "With these findings, we are doing a pre-clinical study of delivering stem cells into animals for precise treatment of diseases such as cancers." Looking ahead, clinical studies on humans are expected in the next five years. He explains, "Meanwhile, an emerging industry of cell surgery robotics, a completely new theme of medical robotics, is being created within the next five to 10 years."

The Silicon Valley pizza company is out to automate that most sacred of fast foods: the pizza pie.

World Cup soccer in 3D on your coffee table

A new robotic gripper inspired by geckos and pioneered by NASA