A new robotic gripper inspired by geckos and pioneered by NASA 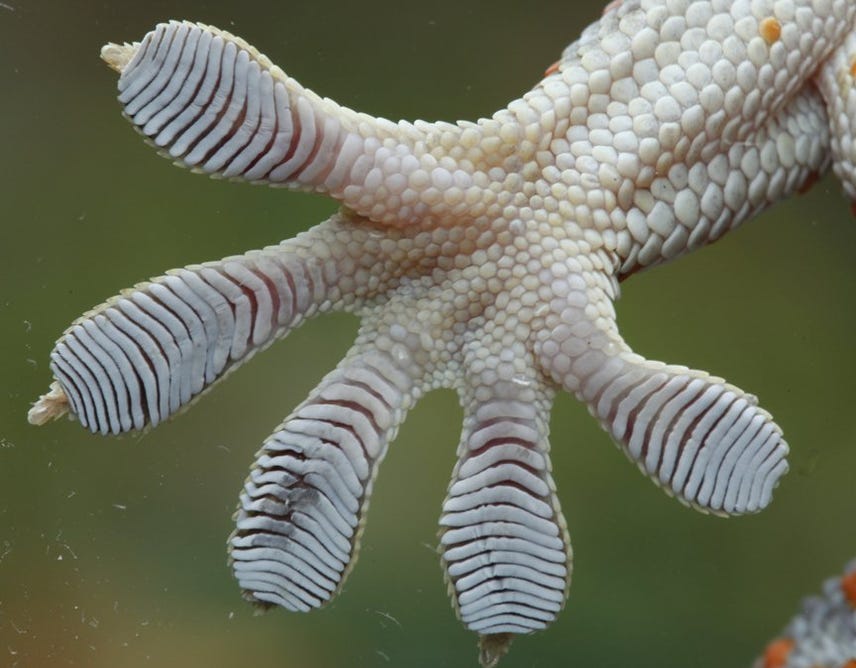 Hands are hot items in the world of robots.

That's one of the biggest trends out of the Automatica conference, one of the world's premiere showcases of robot technology, which recently wrapped up in Germany.

Among this year's dexterous, grippy offerings is a robotic end effector inspired by a gecko's fingers.

Geckos can scale vertical and inverted surfaces thanks to microscopic flaps on their feet. The flaps form molecular bonds with the surfaces of objects, and the weak intermolecular forces create adhesion.

The technology behind the gripper came out of efforts from NASA's Jet Propulsion Laboratory (JPL), Stanford University, and UC San Diego.

Unlike typical adhesives, the action of adhesion doesn't require force on an object. That's crucial in space, where force applied by a robotic end effector would cause the object to float away.

The product is one of the debut offerings of OnRobot, a company that was recently formed through the merger of three international competitors, including Perception Robotics, which took the lead in commercializing the gecko grip technology.

While objects floating away isn't much of a concern in most terrestrial applications, the gripper solves an important problem.

Vacuum grippers are one of the most common tools robots use to sort objects. But vacuums don't work well on perforated or porous objects, and they can fail if they get dirty. The Gecko Gripper could be useful for picking up printed circuit boards, for instance, a trouble item for vacuum grippers.

The Gecko Gripper is just one of the new "hands" we saw at Automatica this year.

"Existing vacuum systems require custom design and usually at least five different parts, sometimes from different sources," says Nick Armenta, automation engineer at Olympus Controls. "A single package that can be bought off-the-shelf and quickly deployed without any engineering is a huge benefit for our customers."

Read also: Robotics in business: Everything humans need to know

With the collaborative robot market exploding but largely dominated by a handful of companies, end-of-arm tooling will be an area of growth and increasing competition as third-party suppliers vie for market position.