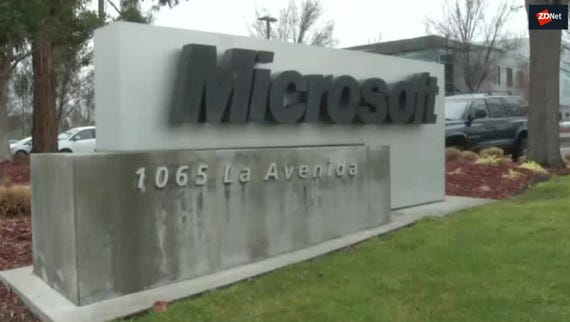 Over the past several years, Microsoft and SAP have made lots of partnership commitments. On November 27, they announced yet another expansion round.

Amazon and Microsoft are vying over who's got the biggest RAM and best instance to run big-data applications in the cloud.

The pair have been working to get SAP's business software and services running on Azure since at least 2011. In 2014, Microsoft and SAP announced a number of SAP's core business applications would be certified on Azure, the way they had been on Amazon's public cloud since 2011.

Earlier this year, SAP announced its customers could use AWS, Azure (in public preview form) or a demo of Google Cloud to run SAP HANA and other SAP services. At that time, Microsoft officials said they were working with SAP to make Azure available as a deployment option for SAP HANA Enterprise Cloud, which is its private managed cloud service built around the SAP S/4HANA business suite.

This week, Microsoft execs said they would be using SAP S/4HANA on Azure to run the company's own internal finance processes. Microsoft currently runs a number of legacy SAP finance apps, but will be moving to SAP S/4HANA Finance on Azure. Microsoft also plans to connect S/4HANA to Azure AI and analytics services for use in finance, officials said.

SAP execs said they'd be moving more than a dozen "key internal business critical systems" to Azure. SAP Ariba already is using Azure and looking into using it within its procurement applications, according to the joint announcement.

Microsoft and SAP plan to document these internal projects and make them available to customers who want to deploy SAP on Azure for guidance purposes.

For the past couple of years, Microsoft has been stepping up its efforts to get more major software vendors to host their software and services on Azure.