Microsoft is getting HoloLens ready for battle in a $480m military deal for 100,000 headsets.
Written by Liam Tung, Contributing Writer on Nov. 29, 2018 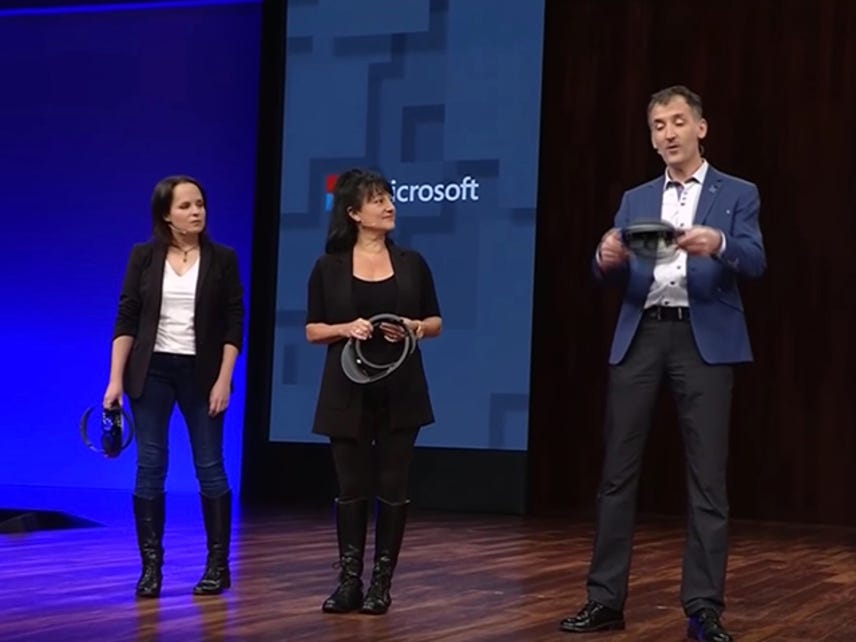 Microsoft has won a $480m, two-year contract with the US government to bring augmented-reality headsets to US soldiers.

The contract could result in the US Army buying around 100,000 customized augmented-reality headsets from Microsoft based on its HoloLens technology.

The prototype headsets would form part of the army's Integrated Visual Augmentation System (IVAS) Program, which aims to address a shortfall in soldiers' close-combat capabilities, particularly in urban and subterranean environments.

The headsets will be integrated with the army's Synthetic Training Environment Squad system to allow US forces to conduct "25 bloodless battles before the first battle", the army noted in tender documents for bidders.

"Soldier lethality will be vastly improved through cognitive training and advanced sensors, enabling squads to be first to detect, decide, and engage. Accelerated development of these capabilities is necessary to recover and maintain overmatch," it said.

The headset will differ from consumer HoloLens headsets, and will be required to have wireless connectivity to support other soldier wearables, night-vision capabilities, and provide real-time metrics on soldier performance, such as data about concussions, heart and breathing rates, and soldier readiness.

The US Army has been using HoloLens headsets to test their suitability for improved 3D mission planning and has said it wants every soldier to have the technology, which was now more feasible at about $5,000 per solider thanks to commercial off-the-shelf (COTS) technology.

"Augmented-reality technology will provide troops with more and better information to make decisions. This new work extends our longstanding, trusted relationship with the Department of Defense to this new area," a Microsoft spokesman said in a statement to Bloomberg.

The contract will make the army Microsoft's biggest HoloLens customers, though the customizations the Pentagon is seeking will make military-grade variants useful not just for training but also the battlefield.

Through two prototyping projects, the Army hopes to improve low-light detection of people at a distance of 150 meters, thermal recognition of people at 300 meters, and getting the weight of the headset down from 1.5lb to 1lb (0.68kg to 0.45kg). The normal version of HoloLens weighs 1.3lb (0.58kg).

As previously reported by Bloomberg, Magic Leap also bid for the army contract.

Could this be Microsoft's next HoloLens headset?

A new NASA video shows a device that could potentially be an early version of the next version of Microsoft's HoloLens augmented-reality headset.