Google won't bid for the Department of Defense's massive cloud contract because it could conflict with its AI principles against developing weapons.
Written by Liam Tung, Contributing Writer on Oct. 9, 2018 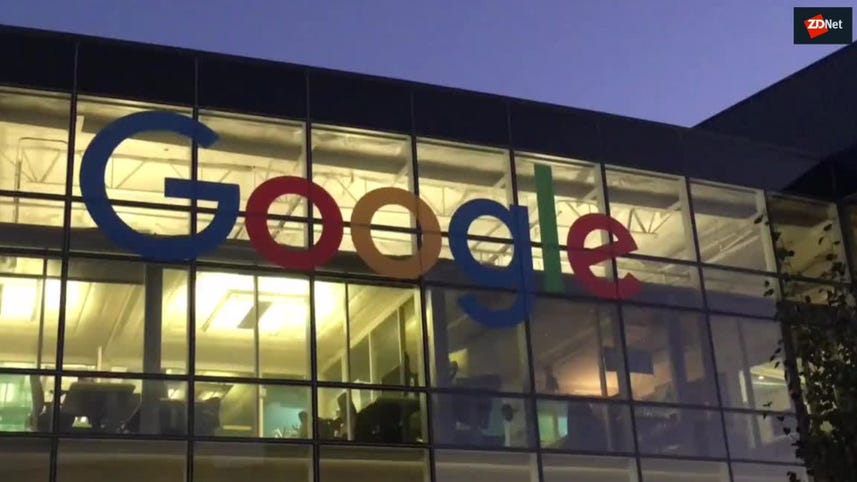 Google will no longer compete for the Pentagon's winner-take-all JEDI cloud computing contract that could be worth up to $10bn over a decade.

Google, Amazon, IBM, Microsoft, and Oracle have been vying for the JEDI, or Joint Enterprise Defense Infrastructure, contract to supply cloud infrastructure to the Pentagon, allowing the Department of Defense to consolidate its data centers.

Potential bidders have until October 12 to submit proposals but Google confirmed today to Bloomberg that it has dropped out of the process because the project conflicted with its new AI principles.

"We are not bidding on the JEDI contract because first, we couldn't be assured that it would align with our AI Principles," a Google spokesman said in a statement.

"And second, we determined that there were portions of the contract that were out of scope with our current government certifications."

Google published its AI principles in June, months after thousands of Google employees protested its work on Maven, a Pentagon project that used Google-developed AI to identify objects in drone footage.

Google's AI principles included that it would not design or deploy AI for weapons, surveillance, or other tech designed principally to injure people.

Ahead of publishing its AI principles, Google said it would not attempt to renew the Project Maven deal after it expired in 2019.

Some at Google reportedly saw the project as a stepping stone to work under JEDI, but it wasn't certain at the time whether Google's new AI principles would stop it bidding from that work.

Google said it would have submitted a proposal for portions of the work if JEDI were a multi-vendor arrangement.

"Had the JEDI contract been open to multiple vendors, we would have submitted a compelling solution for portions of it," the Google spokesman said.

"Google Cloud believes that a multi-cloud approach is in the best interest of government agencies, because it allows them to choose the right cloud for the right workload."

IBM, Microsoft, and Oracle have also had problems with the Pentagon's winner-take-all approach to JEDI.

Concern over harmful applications of AI once again sparks an employee protest -- this time at Microsoft.