Microsoft is about to kill off its weirdest Windows 10 experiment

If the rumors are true, Microsoft is about to ditch Windows 10 S. After struggling with this unmanageable operating system recently, I say good riddance.
Written by Ed Bott, Senior Contributing Editor on Feb. 6, 2018 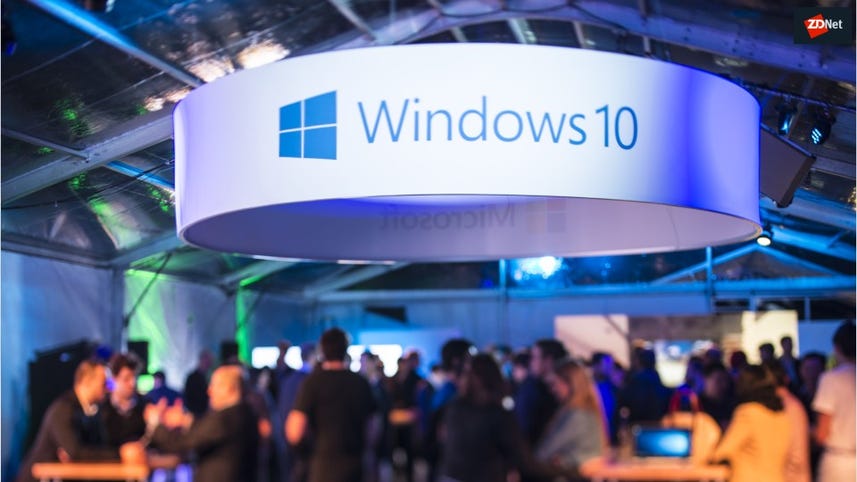 Just upgraded to the latest Windows 10? Our to-do list

When Microsoft released Windows 10 S last May, I was as skeptical as anyone. In fact, I called this weirdo operating system variant "the future (but not the present) of the desktop PC."

I'm going to speculate that the S stands for someday. Because this new Windows edition is probably not one you want to run today, but it is clearly version 1.0 of something we'll see in two or three years.

[Y]ou should consider Windows 10 S, in its current state, to be a not particularly sophisticated version 1.0.

As introduced on the Surface Laptop and, much later, on a wave of low-cost third-party PCs aimed at the education market, Windows 10 S was basically Windows 10 Pro, with a locked-down configuration that prevents users from running any apps that aren't included with Windows 10 or available through the Windows Store.

More background: What is Windows 10 S? | A closer look at what Windows 10 S can and can't do | Windows 10 S is the future (but not the present) of the desktop PC | Reviewers give a giant thumbs-down to Windows 10 S | Google Chrome won't be allowed on Windows 10 S

That's not a bad concept, but it was terribly executed. And so, nine months later, it appears that Microsoft is about to kill off Windows 10 S the operating system and instead turn it into a feature: "S Mode on Windows 10."

That change might deal with the fatal flaw of Windows 10 S as introduced. The point of this operating system variant, I observed last year, is to solve "the biggest problem in personal computing: the clueless PC user who can't resist the siren song of unwanted software."

On a PC running Windows 10 S, technically unsophisticated users can't download and run executable files (including third-party browsers like Google Chrome), nor can they use a command prompt to run scripts or PowerShell commands.

Unfortunately, neither can technically sophisticated users. Which means when something goes wrong in Windows, those same security features effectively prevent an administrator from using standard repair tools.

Consider this true story, from my experience last week.

In preparation for a round of testing, I wanted to restore a Surface Laptop to its original configuration. That should be a simple task, because Microsoft makes restore images available for registered owners of Surface laptops.

Alas, the only restore image available was nearly a year old and based on version 1703. That meant I would need to reinstall that image and then do an online upgrade to the Fall Creators Update (version 1709), effectively doubling the installation time. OK.

The image reset was uneventful. It wasn't difficult to boot from the USB drive containing the recovery image, and the process of restoring the image took less than a half-hour.

After I signed in for the first time, the system downloaded a handful of cumulative updates for version 1703. But one update, KB4023057, stubbornly refused to install. Ironically, that update is billed as including "reliability improvements that affect the update processes in Windows 10 [to] ensure that quality updates are installed seamlessly" and appears to be a prerequisite for receiving the 1709 upgrade.

Anyway, that update simply wouldn't install. (At least one other person had the same problem last week.) And troubleshooting the update problem led to a comedy of errors.

I called Microsoft Support and connected with an earnest first-line tech who sympathized and suggested I should just upgrade to Windows 10 Pro: "It's almost exactly the same features!" After a bit more troubleshooting, he promised to escalate my ticket to a second-tier support specialist who would call back "very shortly." Five days later, I am still waiting for that callback.

When I finally surrendered and switched the machine to Windows 10 Pro, that pesky update magically installed and the 1709 feature update appeared moments later. But that upgrade is a one-way process; after you go Pro, there's no way to roll back to Windows 10 S, even if you want to.

I was eventually able to install Windows 10 S, version 1709, but only by downloading the generic installation files, booting from USB installation media, and doing a clean install of Windows 10, sacrificing the existing installation.

And even that process was messy. Because I wasn't using a custom image, about a dozen devices weren't recognized initially, including the Surface Laptop keyboard. Not being able to type made it difficult to set up the initial user account and password (if this happens to you, the onscreen keyboard is your friend).

Remember, this is supposed to be the user-friendly Windows 10 variant, the one where nontechnical people can't get into trouble. In this case, it didn't live up to its billing.

Now that everything's finally set up, don't get me started on the absence of quality apps. (Even some apps in the Microsoft Store won't work properly on Windows 10 S.)

The underlying concept of Windows 10 S is still valid. An operating system that doesn't allow people to be tricked into installing malware is a good thing. But when those same restrictions make the system literally unmanageable, something's wrong.

TechRepublic: Windows 10: Get ready for more PCs that only run Microsoft Store apps by default

So count my vote as an enthusiastic thumbs up for "S Mode as a feature" in some future edition of Windows 10. If I can sign in as an administrator, make some necessary tweaks to the system, and then hand the device back to my hapless user, everybody wins.

Until then, if you find yourself in front of a PC running Windows 10 S, here's some free advice: Upgrade to Windows 10 Pro before you do anything else. You'll thank me later.

Where do you draw the line on personal privacy? The right options are different for everyone. In this guide, I show you which privacy settings help you create the right balance of privacy and convenience in Windows 10.

FAQ: How to manage Windows 10 updates

If you've spent years mastering the ins and outs of Windows Update, prepare to do some unlearning. Windows 10, with its emphasis on "Windows as a service," rewrites almost all the rules of updates and upgrades. Here's what you need to know.

Ed Bott's extensive collection of Windows 10 tips has been freshly updated for the Fall Creators Update. This page includes the most popular tips for getting Windows 10 configured exactly the way you want it.