Microsoft's Cortana seemingly is close to being able to incorporate recognition of multiple different voices.
Written by Mary Jo Foley, Contributor on Dec. 11, 2018 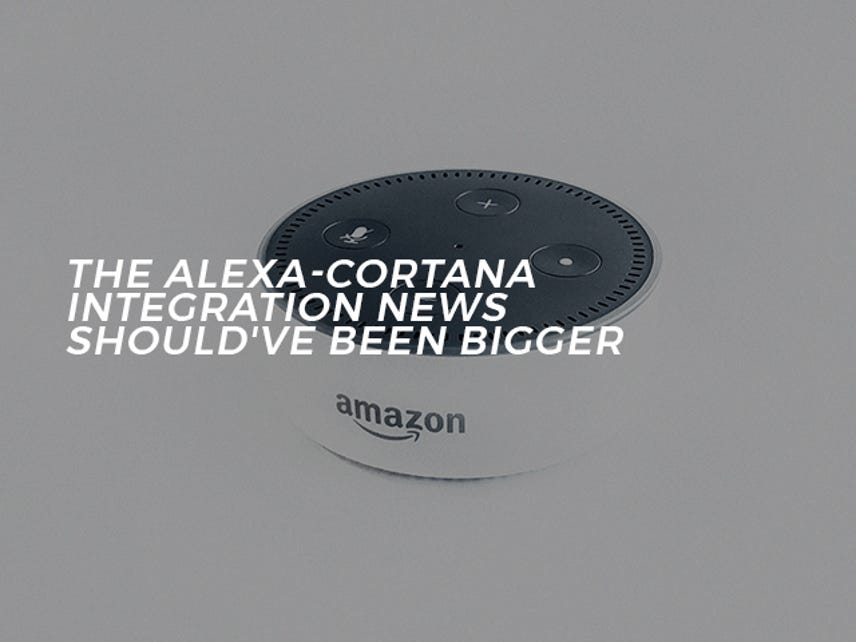 In October 2017, Amazon enabled its Alexa personal digital assistant to distinguish between the voices of different users. More than a year later, Microsoft seemingly is getting closer to enabling the same in Cortana.

Consultant/developer and self-professed Microsoft fan Jonathan (@obrienclanman) said on Twitter today, December 11, that he recently purchased an Xbox One and set up the already-announced Xbox skill for Cortana. Xbox was added as a device in his Cortana profile. When he clicked on the device, it had a button that provided an option to train Cortana for multiple devices. (He said this was on a Windows 10 PC running the 1803 update released earlier this year, not on an Insider device.)

Jonathan noted that another user (@gregedwards) saw the same option on iOS for the Cortana-enabled Harman-Kardon Invoke speaker using a beta version of Cortana. In both cases, the button is currently unusuable, but is there as a placeholder, he said.

The text in Cortana's notebook which Jonathan showed via a screen shot said "First teach Cortana to recognize your voice and then you can add other people. Each person she recognizes will get their own individual content and settings on the device." The text also notes that there is a maximum limit of six users on this device (Xbox One).

Currently, Cortana only works with multiple users if each person logs in with her/his own account and credentials on a single device.

The ability for Cortana to distinguish between different voices is important if Microsoft intends to push Cortana as a trustworthy assistant which can interact with users in appropriate situations. The multiple voice recognition feature also will be key for scenarios like smart meetings, where Cortana assists with recognizing different speakers using ambient devices.

I asked Microsoft when and if the company plans to make multiple voice recognition an integrated component in Cortana. No word back so far.

Update (December 12): "We are continuously testing new Cortana features and updates as part of our ongoing goal to provide the best possible experience. We will have more to share soon," said a Microsoft spokesperson.

Even though Microsoft is re-positioning Cortana from simply a standalone digital assistant to more of a productivity aide, Microsoft has not given up completely on the consumer space with Cortana.