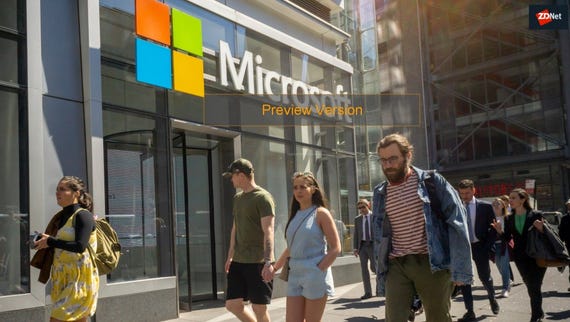 Microsoft this month will roll out new features for the iOS and Android OneDrive cloud file-storage app, as well as OneDrive on the web.

The OneDrive mobile app will get a simple way to add custom metadata to any scans or images taken from a mobile device.

Users would start a scan from a Library the file should go into. After taking the scan, metadata fields appear and can be filled in on the go.

Once meeting notes have been scanned, OneDrive will then prompt the user to share the scan with other people at the meeting.

The time-saving feature relies on Microsoft Graph's connections between files, scans and meetings to know which contacts to share the scan with. It will also be available on iOS and Android in November.

OneDrive on the web meanwhile will be getting a refreshed Recent view. Microsoft promises it will be "simple, faster and more satisfying to use".

The improved Recent view will come to Office files first, while other file types will be improved over time. It will roll out over the next few months.

Manage Access, the OneDrive feature for controlling who has access to files and folders, is also being updated to make it easier for users to add and remove people on links limited to specific people.

The update will also make it clear who is using a particular link. That's rolling out through November and December.

Microsoft has also announced that on February 1 next year it will drop support for OneDrive desktop on Mac OS X Yosemite 10.10 and Mac OS X El Capitan 10.11.

Microsoft says it's a business decision and notes that Apple has already dropped mainline support for both versions of OS X.

OneDrive on affected versions will still work, but Microsoft won't be testing their functionality and bugs won't be fixed. It will also block OneDrive installations on these versions of OS X after the cut-off date.

Users are urged to upgrade to Mac OS X Sierra 10.12 or later, but Microsoft recommends upgrading to the macOS Mojave 10.14.

If you haven't checked out OneDrive lately, you're missing out. Over the past two years, Microsoft has methodically added a raft of new features that can help you back up personal files and photos.

Microsoft expects to roll out to all OneDrive for Business users on Windows 7, 8 and 10 by the end of July a new content-migration feature, Known File Migration.

Microsoft is adding automated audio and video transcription, file recommendations and new content-sharing options to its OneDrive for Business and SharePoint storage services later this year.

Microsoft is adding a new option to OneDrive consumer to encourage Windows users to automatically back up their Documents, Pictures and Desktop folders to the cloud.

How to back up your desktop, documents, and pictures with Microsoft OneDrive TechRepublic

In Microsoft OneDrive, you can back up and protect three important folders from their default locations. Learn how by following this step-by-step guide.

You can now sync your PC's important folders with OneDrive CNET

Come for the convenience, stay for the protection.

Join Discussion for: Microsoft: These new OneDrive features on...