Microsoft's Surface Pro has been hit by price competition and a bevy of rivals moving faster with similar designs. An incremental update to the Surface Pro isn't going to change that reality.
Written by Larry Dignan on May 23, 2017 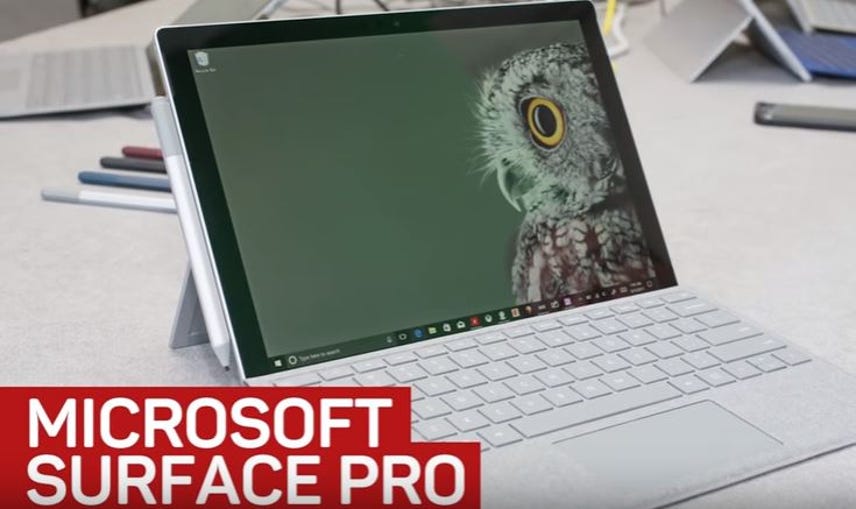 Microsoft updated its Surface Pro with better processors, a thinner and lighter frame and some tweaks, but the company's pricing decisions may keep a lid on growth and enthusiasm.

To understand the Surface Pro update it's best to start with what the device isn't.

Add up the moving parts behind the Surface Pro update and it's hard to see the lumpy sales trends changing. The update didn't alter the lifecycle dynamics much and Microsoft is still vulnerable to price competition as long as the keyboard -- the defining feature of the Surface Pro -- isn't included.

What's more shocking is that Microsoft doesn't see the writing on the tech buying wall. The Surface had a lead a few years ago and a design that was interesting. That lead has evaporated and better deals can be had elsewhere.

Microsoft is missing the value equation with the Surface Pro. The stylus will run you $99 and an optional Surface Dial, which will work with the updated screen, will cost $99. And then there's the extra cost for the keyboard. Add it up and the updated Surface Pro with keyboard and stylus (must haves in most cases) will still cost more than $1,000.

In other words, PC vendors such as Dell, HP and Lenovo are doing Surface-like devices and offer more price points. I've noted before that the Surface rivals are doing a better job and already have enterprise relationships that would foster corporate buying. There's nothing in Microsoft's Surface Pro update that's going to change the present dynamics.