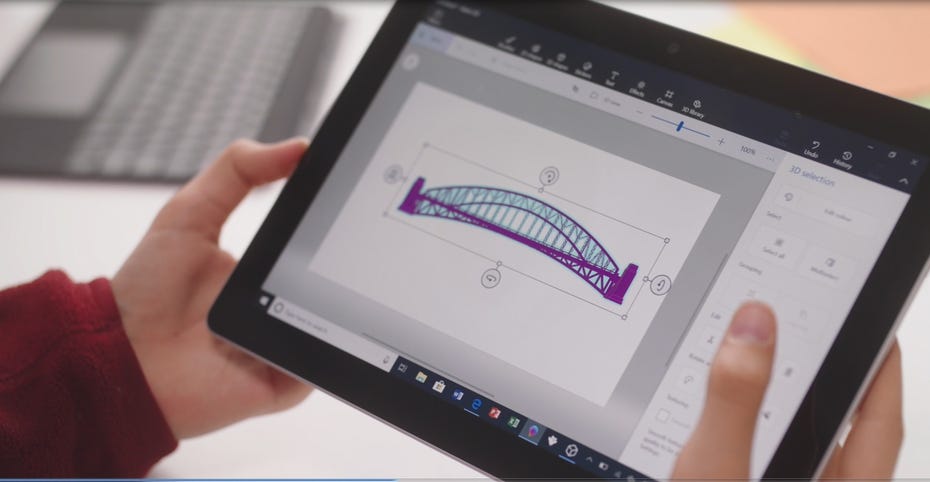 The codename is out of the bag. The bigger-screened successor to Microsoft's tabled Andromeda dual-screen device is "Centaurus." (Thanks to Windows Central for the Centaurus codename, which I've confirmed with my own contacts.)

Centaurus is believed to be a dual-screened device not entirely dissimilar from the Microsoft "Courier" dual-screened tablet, which the company never ended up shipping. If Centaurus ever comes to market, it likely will be a foldable device possibly running a lighter/friendlier version of Windows -- which might not even be called Windows -- such as Windows Core OS "Lite." (And who knows... maybe even the rumored version of Microsoft Edge that could replace the Microsoft Trident-based rendering engine with the Chromium one?)

(The Walking Cat on Twitter says that Centaurus also is the codename for a SKU of Windows Core OS. Andromeda was a codename for both a hardware device and a SKU, so I guess that tradition may be continuing.)

I'm framing all of this tentatively because my contacts say that Microsoft's plans in this are still very much in flux. Centaurus, like Andromeda, is a device in search of a unique use case.

Microsoft management knows that Chromebooks are a real threat to the company, especially in the education market. They've tried to address that market via third-party, low-cost Windows PCs and its own Surface Go tablets. What's needed here are low-cost, durable devices that can be managed, repurposed and replaced really simply. And that's exactly what Microsoft and its OEMs don't have at the moment.

A dual-screened foldable PC would likely be expensive to make (and thus costly) and not hardened enough for the K-12 market. What kind of tailored apps/experiences would it offer that Chromebooks don't?

Microsoft is searching for an untapped niche where it can field a new form factor, which it can encourage Windows OEMs to use as a baseline for future PC designs. But what's the unique value proposition of something like the rumored Centaurus device? It wouldn't replace phones or desktop PCs. Maybe it could serve as a device that could save users who carry e-readers from needing both an e-reader and a small PC or tablet?

Microsoft has been leading with OneNote in its education push. The Surface team loves the journal/moleskin idea. The company has been pushing hard for use cases for pens and e-ink. Centaurus could be a way to try to combine all of these things into a single Surface-branded device. But would such a device give Microsoft a device that could compete with Chromebooks in terms of price, manageability and durability? I'm not so sure.

Surface Chief Panos Panay told The Verge recently that a pocketable Surface was "his baby." But the company hasn't moved forward with its Andromeda device (and is unlikely to do so, from what my sources say). Though reports have Microsoft launching Centaurus in the latter half of next year, I wonder whether officials will decide they've got a solid enough combination to bring it to market that quickly.