PC sales are down. Windows licensing revenue is flat. In its financial disclosures, Microsoft says it's actively looking for new monetization opportunities. Here's where you're likely to be asked to pay up.
Written by Ed Bott, Senior Contributing Editor on Feb. 23, 2018 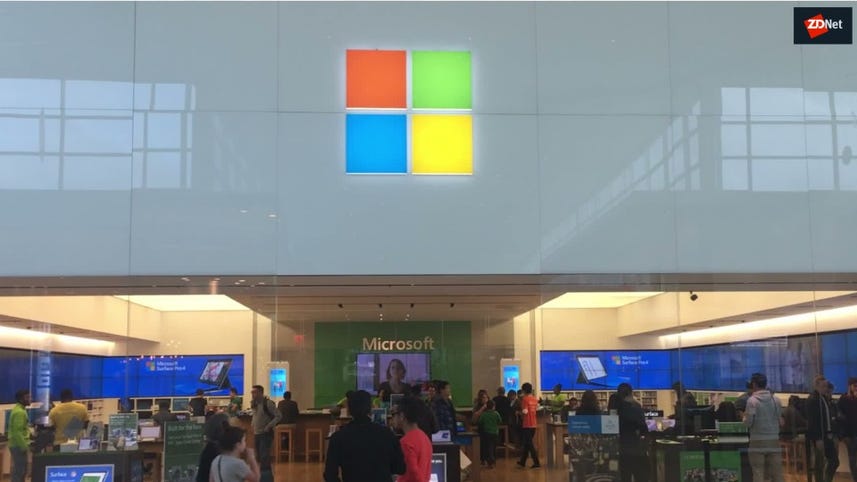 Financial reports from large public companies tend to be dull and dry, filled with balance sheets and tables listing revenues and expenses for the reporting period.

Most analysts pore over those numbers to see where a company is showing strength or weakness.

But it's well worth reading the prose in those reports as well, especially the parts where management assesses competitive risks and telegraphs shifts in strategy.

Since the release of Windows 10 in July 2015, every SEC-mandated 10-Q and 10-K report filed by Microsoft Corporation has included this statement:

Eleven quarters later, that language is still there, still expressed in vaguely conditional terms about a future that has not yet come to pass.

But I suspect that those "new post-license monetization opportunities" will arrive soon. Windows 10 has reached critical mass, running on more than 600 million monthly active devices as of late 2017 and should continue to grow at a rate of at least 100 million new devices each year.

The transition to Windows 10 might even pick up steam over the next two years as its main competitor, Windows 7, approaches the January 2020 end-of-support deadline.

Also: When will Microsoft end support for your version of Windows or Office?

So what exactly are those opportunities to squeeze more revenue out of its customers buying Windows-based devices? Before speculating on the possibilities, it helps to understand how Microsoft's relationship with its PC partners has evolved in the Windows 10 era.

For decades, the Windows franchise has contributed most of its revenue to Microsoft's top line via licensing agreements with PC makers. Every time you buy a new PC with Windows preinstalled, the price tag includes a license fee for Windows.

Microsoft doesn't disclose how much its large OEM partners pay for each copy, but it's reasonable to assume that those prices have been stagnating or falling in recent years as PC shipments have shrunk. The drop is probably greatest in PCs destined for consumer channels, where Windows 10 Home has to compete with Apple's Macs on the high end and with Chromebooks on the low end.

That price pressure is likely to continue or worsen, which is why the company's focus is on "post-license monetization opportunities." That's shorthand for "ways to get you to pay Microsoft more money after you've bought a new Windows PC."

So where are those opportunities? I see five broad categories for squeezing out incremental revenue from customers, especially those buying consumer PCs.

The practice reached its low point in the Windows Vista era, when the company shipped at least six editions for retail channels: Starter (for emerging markets only), Home Basic, Home Premium, Business, and Ultimate editions.

With Windows 10, that madness appeared to be gone for good, as the OS initially had only two editions, Home and Pro.

But those premium editions, and their higher price tags, are creeping back, with a new Windows 10 Pro for Workstations edition for power users using high-end hardware.

Also: Microsoft is about to kill off its weirdest Windows 10 experiment

I wouldn't be surprised to see Microsoft do the same for its Home edition, perhaps by delivering most low-cost OEM PCs in "S mode" (no support for traditional desktop apps or PC management utillities) and offering an upgrade to unlock more advanced features at a lower cost than the full upgrade to Pro.

Back in the 1990s, Microsoft routinely sold software add-ons for Windows PCs, like the Windows Plus Pack. The practice reached its nadir with the forgettable Windows Vista Ultimate Extras.

Today, there's not much of an opportunity to sell similar shrink-wrapped add-ons to consumers, but there is plenty of room to increase what Microsoft salespeople call the "attach rate" for business-focused cloud services.

Current examples include Windows Defender Advanced Threat Protection, which offers cloud-based security features that go well beyond traditional antivirus, and Windows Analytics, which has a free tier with plenty of premium features.

At a cost of a few bucks per month per device, those extra revenues add up quickly.

After making a determined stand against third-party crapware with its Windows Signature PC initiative, Microsoft has undone much of that goodwill by preinstalling games and apps on every PC it sells.

I regularly hear from IT pros who are furious that they have to uninstall games like Candy Crush Soda Saga and Farmville 2 every time they set up a new Windows 10 PC. The Start menu typically includes a few other "suggested" programs as well, including productivity apps and Facebook.

Despite complaints, there's no sign that Microsoft plans to stop this practice, apparently because it contributes to the bottom line. I expect this type of bundling to expand as the hunt for monetization opportunities continues.

Windows is no longer the dominant business unit in Redmond. That honor goes to Microsoft Office and Office 365, which has become a juggernaut in recent years and accounts for about a quarter of the company's revenue.

Every new PC I have unboxed in the past two years has included a preinstalled copy of Office. After a short free trial, you're offered the opportunity to subscribe to Office 365 Home or Personal, a recurring revenue stream of up to $99 a year for Microsoft.

Apparently it's working, as the number of subscribers to Office 365 consumer editions reached 29.2 million in the final quarter of 2017. Expect the Office upsell prompts to get more insistent.

Those suggested apps and Office upsell opportunities are, technically, advertisements. But there's plenty of room for Microsoft to increase revenue by targeting Windows users with ads in the operating system and in apps that are preinstalled with Windows 10.

There's precedent for this business model. Four years ago, Microsoft introduced Windows 8.1 with Bing, which was aimed at low-cost devices (especially tablets). The economic rationale was to increase the market share of the Bing search engine. Microsoft's search advertising brings in more than $10 billion a year in revenue.

Of all the options, though, this one is the most dangerous. Microsoft is still under intense scrutiny for its data-collection practices with Windows 10. Any moves that look like they're trying to monetize customer data will invite increased attention from regulators, especially in the European Union.

The Company's investment in gaining insights from data is becoming central to the value of the services we deliver to customers, to our operational efficiency and key opportunities in monetization, customer perceptions of quality, and operational efficiency. Our ability to use data in this way may be constrained by regulatory developments that impede realizing the expected return from this investment.

Those are the opportunities I see. Have I missed anything? Leave your speculation in the comments or share your thoughts on Twitter, where I'm @edbott.