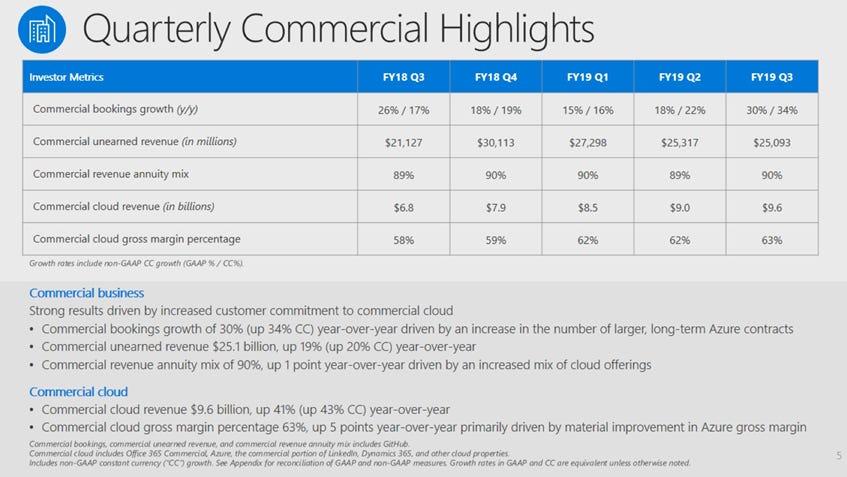 Also: How (and why) Microsoft is looking at freelance experts

Wall Street was expecting Microsoft to report fiscal third quarter revenue of $29.84 billion with earnings of $1 a share.

Commercial cloud revenue was $9.6 billion in the third quarter, up 41 percent from a year ago. Revenue in Microsoft's productivity and business processes unit was $10.2 billion as commercial Office revenue grew 12 percent.

Intelligent cloud revenue was $9.7 billion, up 22 percent. Azure growth is decelerating a bit. 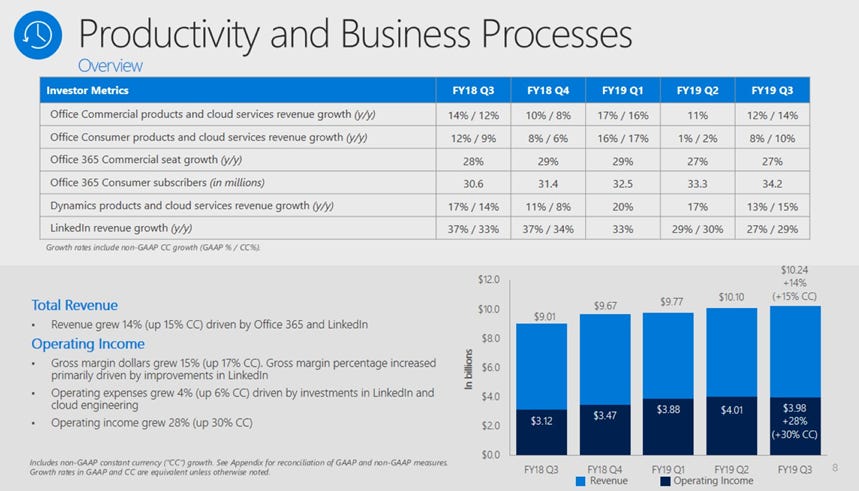 Key facts and figures include: 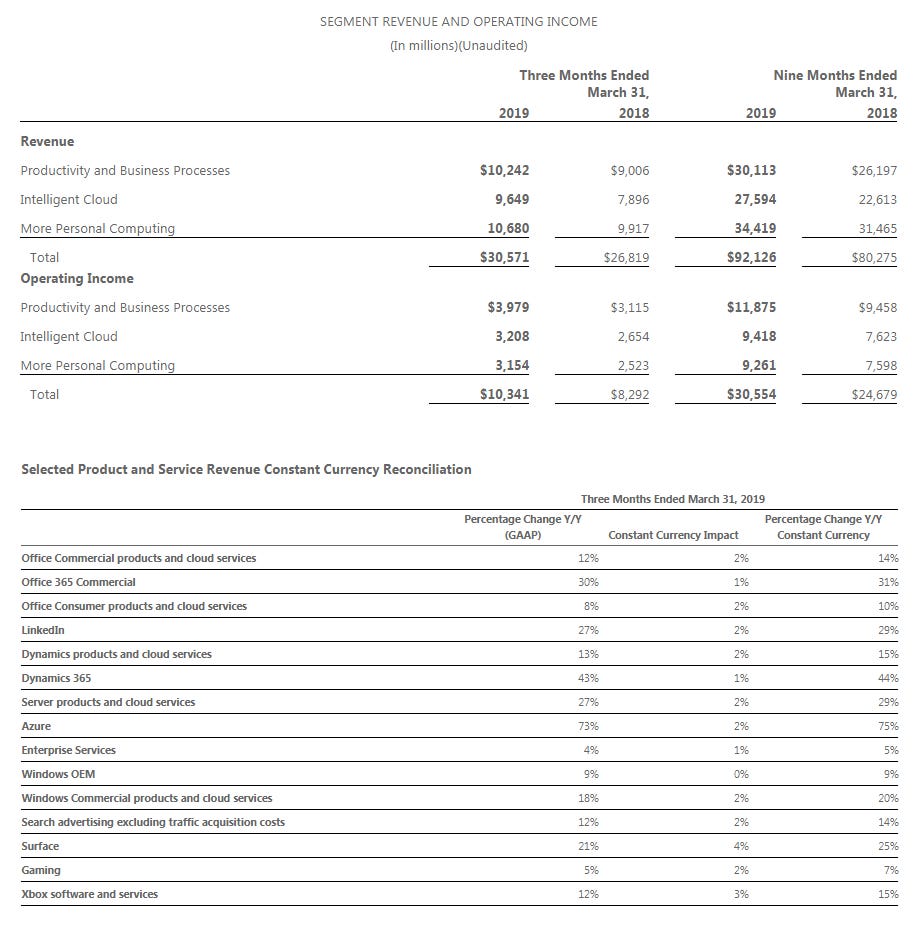