Microsoft's new visual search: Now you can use your phone's camera to search web

Microsoft wants you to use Bing visual search to find things to buy.
Written by Liam Tung, Contributing Writer on June 22, 2018 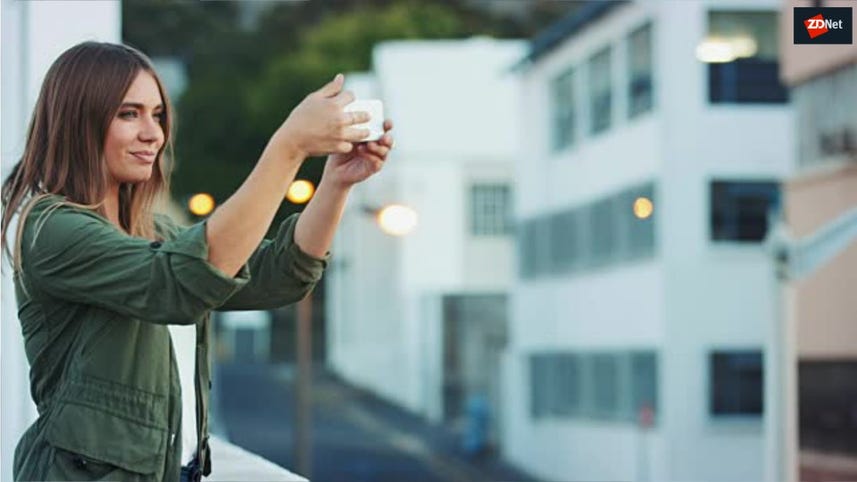 Microsoft has unveiled its answer to Google Lens in the form of Bing visual search, which lets you take a snap from your phone and search for it on the web.

And just as Google rolled out Lens to every Android user via the Google Photos app, Microsoft will use its existing apps to speed up the rollout.

For users in the US, visual search is now part of the Bing app for iOS and Android, the Android version of the Microsoft Launcher, and Edge for Android. It's coming soon to Edge for iOS and Bing.com.

The feature could come in handy, say, on a trek when you find a flower or animal and would like to know its name but lack the words to search for it.

"Sometimes, it is almost impossible to describe what you want to search for using words," said Vince Leung, product lead for Bing Images at Microsoft.

But Microsoft really hopes people will use it for shopping as a tool for hunting down fashion and home furniture bargains.

Upload a pic of the desired object, be it a plant, a jacket, or couch, and Bing will provide suggestions for similar items to the one in the picture and locations that sell it.

Visual search is straightforward to use and can be done by taking a snap from one of the supported apps and uploading the picture from the camera roll. Bing identifies the object and returns, hopefully, relevant information and links.

The feature is one more application of Microsoft's computer-vision algorithms that have been trained on large datasets of labeled images.

Presumably the next phase for Microsoft's visual search will be along the lines of Google Lens, which Google sees as a combined augmented reality and search feature that uses the camera rather than photos to analyze objects in real time.

Here's how to start using Google Lens on any Android phone. Google Lens support in Google Photos on iOS will launch "soon."

Google Assistant vs Siri vs Bing: This IQ test shows which is smarter

Microsoft's new Audience Network service will use data not just from Bing, but also MSN, Outlook.com and Edge, to give advertisers more ways to target their potential customers.

Microsoft's Bing gets a ding from Apple, which is switching out its Bing-powered Web search results to those from Google.

Microsoft moves toward consolidating its many speech services

Microsoft's new unified Speech Service and development platform aim to bring together the many different speech services used across Microsoft's own products and services.

Google Lens is turning into what Google Glass never was (CNET)

Commentary: Trust me, this is a good thing.