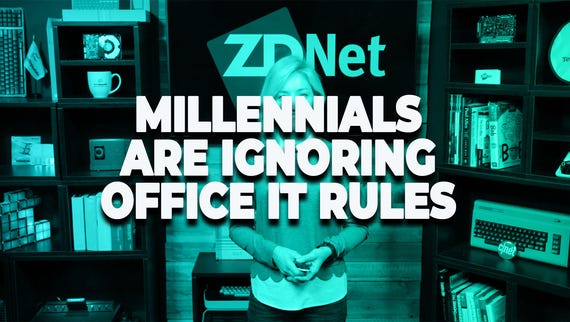 Millennials are subject to dangerous accusations of blind self-centeredness.

The story goes that they see only themselves and the microaggressions foisted upon them by the envious and the less handsome.

The story also goes that millennials simply know better and are only too keen to explain why.

I'm not entirely convinced that a whole age group can be quite so homogeneous.

Yet a new survey of 3,000 American professionals -- performed on behalf of software asset management company Snow Software -- paints a slightly dim picture of how younger employees treat IT admins and their rules.

It seems that millennials feel they're so au fait with technology that they're twice as likely as older workers to ignore IT and use, access or even install verboten apps on their work devices.

Eighty-one percent of millennial employees admitted to such behavior.

I fear that many IT professional will be aghast at such hubris. After all, accessing or installing unapproved apps is one fine way malware and hacks might invade.

Many of these millennials, however, merely claim they're only human.

They resent asking IT for permission because it makes them feel watched. And there were you thinking that one of millennials' greatest joys was to be watched all the time. Especially on Instagram.

One third of the guilty millennials also claimed that going their own IT way made them more productive.

The simple fact, say millennials, is that there are emotions involved here. They're five-times more likely than boomers to be nervous about asking for IT's permission. 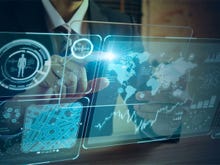 You'll be stunned into emigrating to an internet-free island when I tell you that millennials are also three-times more likely to declare that asking IT for approval is, well, an outdated concept.

Should you be in charge of an enterprise, I suggest you don't promote millennials too quickly. You see, higher-ups such as directors, managers, or C-Suite types were almost twice as likely as lower-level employees to obviate IT and use unauthorized professional or personal software and applications.

Well, bosses like to move fast and break things, don't they?

Please imagine that 57% of executives admitted to unwise IT behavior. Yet 93% of them confessed this caused business issues.

Honestly, the egos on these people.

Perhaps the biggest lesson from this research is this: Who'd want to be an IT admin?

If you're trying to create a secure tech environment, yet the employees think they know better, what are you supposed to do?

Play games all day would be my suggestion.

Join Discussion for: Millennials are twice as likely to ignore...