NEW YORK -- Millions of records from a commercial corporate database have been leaked.

The database, about 52GB in size, contains just under 33.7 million unique email addresses and other contact information from employees of thousands of companies, representing a large portion of the US corporate population.

Dun & Bradstreet, a business services giant, confirmed that it owns the database, which it acquired as part of a 2015 deal to buy NetProspex for $125 million.

The purchased database contains dozens of fields, some including personal information such as names, job titles and functions, work email addresses, and phone numbers.

Other information includes more generic corporate and publicly sourced data, such as believed office location, the number of employees in the business unit, and other descriptions of the kind of industry the company falls into, such as advertising, legal, media and broadcasting, and telecoms.

This entire database is used for marketers who want to directly target their own email campaigns and through other communications methods for current and prospective customers.

The data can be bought either in bulk or by type of record by companies, but it's not known exactly how much the going rate is for a full data set of this size. We understand from a 2015 brochure that the cost of accessing a half-million records can cost some firms up to $200,000.

Troy Hunt, who runs breach notification site Have I Been Pwned, obtained the database and analyzed the records.

In a blog post Tuesday, Hunt said the breakdown was entirely US-focused. California was the most represented demographic, with over four million records, followed by New York with 2.7 million records and Texas with 2.6 million records.

Hunt's analysis of the records showed that the leading organization by records is the Department of Defense, with 101,013 employee records, followed closely by the US Postal Service with 88,153 employee records.

The US Army, Air Force, and Department of Veterans Affairs are all listed with a combined 76,379 records.

AT&T, Boeing, Dell, FedEx, IBM, and Xerox were among the most named companies in the database, with tens of thousands of employee records each.

"Whilst you could piece together parts of the data from information already in the public domain, having it aggregated and so easily searchable in this fashion is enormously valuable," said Hunt in an email on Tuesday. "It also serves as a reminder that we've lost control of our privacy; the vast majority of people in the data set would have no idea their information is being sold in this fashion and they certainly don't have any control over it."

Hunt ran the exposed database through Have I Been Pwned's database of breached records, which showed 14 percent of email addresses already existed in his database.

The data is now searchable in Have I Been Pwned.

But it's not known exactly how the data was exposed, or who is to blame for the leak.

A spokesperson for Dun & Bradshaw would not talk on the record beyond an emailed statement, sent prior to publication.

"We've carefully evaluated the information that was shared with us and it is of a type and in a format that we deliver to customers every day. Based on our analysis, it was not accessed or exposed through a Dun & Bradstreet system," the statement read.

The spokesperson said an internal investigation showed that while the data belongs to the company, its own systems were not breached or exposed. The company added that the data was approximately six months old and the bulk data had been sold to "thousands" of other firms.

Dun & Bradstreet downplayed the risk to its customers and those it collects data on. The company said that the data contains "generally publicly available business contact data, used for sales and marketing purposes."

That doesn't lessen the possibilities for abuse of this data, said Hunt.

"When you have someone's first and last names, their job title and their email address along with the company they work for, you have [personal identifiable information]," he said in his blog post.

"And that's really what makes this a highly volatile collection of data; this much personal information on this many people and set in the context of their professional roles poses numerous risks to the organizations involved here," he said.

This kind of data can be used by marketers, but it can also be used by nefarious actors who target victims for malicious gain.

In recent years, there have been a spate of phishing attacks designed to target financial officers and other senior corporate staff, in an effort to trick employees into turning over financial information to later con money from tax returns.

This data would make it easy for cybercriminals to carry out those kinds of attacks, said Hunt in an email.

"It's an absolute goldmine for phishing because here you have a huge amount of useful information from which to craft attacks," he said. "From this data, you can piece together organizational structures and tailor messaging to create an air of authenticity and that's something that's attractive to crooks and nation-state actors alike."

It's not clear if the sale of this kind of data falls within data protection and privacy laws, though the company maintains it is compliant with US privacy laws.

He added that the company sometimes inadvertently collects "much more highly sensitive and confidential personal data," which it doesn't provide or sell to customers and actively purges from its own records.

The company wouldn't comment on how the leak will affect its business, with no clear indication of how many times the data may have been accessed, downloaded, or shared.

But for ordinary corporate workers whose data has been sold thousands of time, Hunt said there's "zero" chance of claiming their data back. 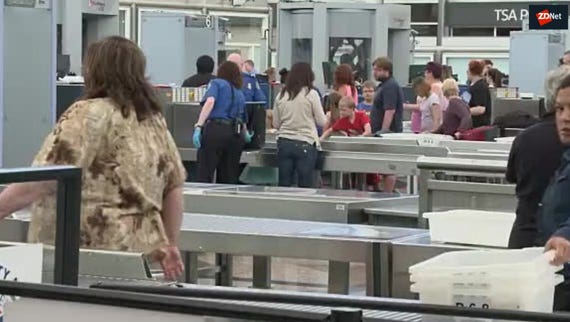 Join Discussion for: Millions of records leaked from huge US corporate...