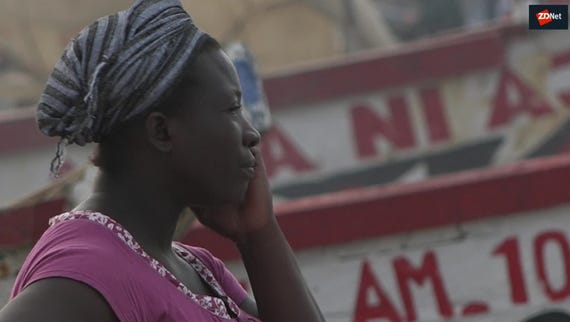 Sub-Saharan Africa leads the world in mobile take-up growth: Can it keep it up?
Watch Now

Sub-Saharan Africa is a large, diverse region, encompassing 37 countries ranging from South Africa and Nigeria, to Angola, Cameroon, and Mali.

It's a region where mobile technology is going through a major period of change, according to trade body the GSMA. More than 90 percent of the population were covered by 2G networks at the end of 2017, but more advanced networks are now beginning to take hold.

"Future growth opportunities will increasingly be concentrated in rural and low-ARPU (average revenue per user) markets, as well as younger demographic groups," the GSMA notes in its most recent report on the region.

"World Bank data indicates that around 40 percent of the population in the region is under the age of 16, a demographic segment that has significantly lower levels of mobile ownership than the population as a whole."

Other growth considerations include the cost of services for less affluent consumers and the volume of customers, about 50 percent, living in rural environments.

Here's what you need to know about the current and future mobile landscape in the region.

State of play: 10 key stats about mobile in Africa

As well as outlining current market data, the GSMA also set out how it expects the Sub-Saharan mobile ecosystem to evolve.

Although the picture painted by the GSMA is predominantly a positive one, the Sub-Saharan region will continue to lag behind others on key indices such as smartphone penetration and mobile subscriptions.

Nonetheless, the report highlights how MNO capex, mobile operator and start-up initiatives, as well as the rise of tech hubs in the region, are all playing a role in turning this potential into a reality.

On the issue of reaching rural audiences alone, the report notes: "For operators, revenue from rural sites is around a 10th of that for urban areas, owing to the low purchasing power of most rural dwellers, while backhaul, power and taxes account for up to 60 percent of the cost of providing mobile broadband in rural areas."

For mobile ambitions in the region to be realized, several critical factors need to continue to be addressed. Here are three of them:

A handset and 500MB of data costs 10 percent of an average monthly income, double the five percent threshold recommended by the UN Broadband Commission. Addressing this issue will therefore be essential for driving future growth.

Data and subscription packages that cater for less cash-rich consumers are one part of the equation. But, alongside that shift, making handsets cheaper for consumers will also help.

The cost of purchasing smartphones has dropped considerably in the past five years. As the report observes: "The average selling price of smartphones has fallen below $120 in most markets, with sub-$100 smartphones, mostly from Asian manufacturers such as Gionee and Tecno, now widely available across the region."

Government policies can also play a role in this area, driving digital inclusion and growing the digital economy in the process. In Ghana, proposals to remove customs duties of 20 percent on handsets and smartphones have been predicted to contribute to an additional three million handset purchases, with nearly one million of these being 3G-enabled devices.

2. Creating compelling reasons to get connected

Tech companies are seeking to tap into developing markets like Sub-Saharan Africa by offering 'skinnier' versions of their apps. Using minimal data, products like Facebook Lite, Facebook Messenger Lite, Twitter Lite, Google Go and others, are quicker and cheaper to use than their full-data equivalents.

Elsewhere, opportunities abound for governments in the region to offer more mobile-services -- including mobile payment services, as well as products and content in different languages.

The total value of mobile money transactions in Sub-Saharan Africa last year was worth $19.9bn, as individual transactions grew by 17.9 per cent to 1.2 billion year over year.

Finally, given the cost of expanding service provision, stakeholders will also need to work together to do so in the most cost-effective manner possible.

Elements of this collaboration, such as infrastructure sharing, are already in place. We can expect to see more of this type of activity in the future.

Other considerations include: effective use of spectrum, including harnessing wavelengths currently being used for other services like analog TV, tax reform, and other policy levers designed to encourage operator investment.

The strategic investment of government funds to support training, local content provision, the move to m-government and improving mobile connectivity should also not be overlooked.

In 2017, for example, the Zimbabwean government approved a $250m project designed to improve mobile provision in rural areas, by funding more than 600 towers and base stations in areas with poor connectivity.

Given the size and scale of Sub-Saharan Africa, the evolution of the mobile landscape won't be consistent. Due to the cost and technical challenges of upgrading networks and reaching new consumers, stakeholders must work together if the region's mobile future is to be realized.

These joint efforts will require continued investment in infrastructure, content and skills, as mobile technologies continue to positively impact the lives of millions of people across the region.

There are already promising signs that this change is happening, but the size and scale of this challenge should not be underestimated.