Monex hopes that Coincheck's security issues can be dealt with in a matter of weeks.
Written by Charlie Osborne, Contributor on April 17, 2018 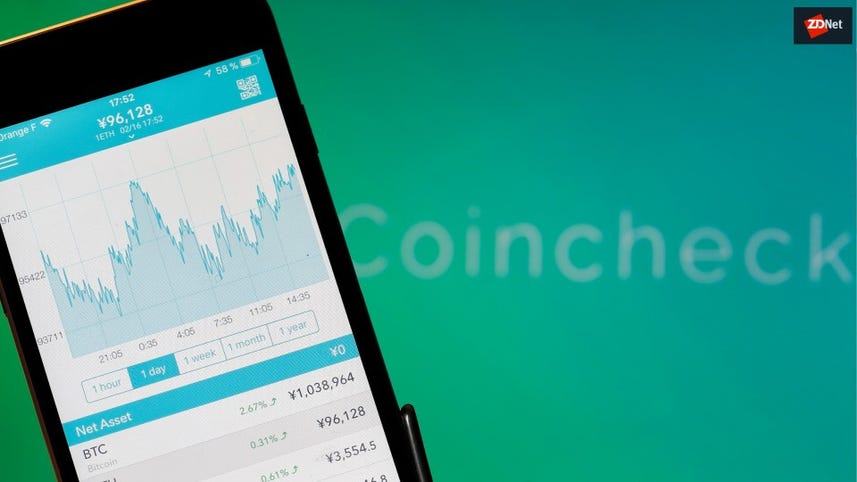 The online brokerage company, one of Japan's largest, officially acquired Coincheck this month.

The financial details of the deal were not disclosed at the time; however, registration documents (.PDF) reveal the agreement was made for 3.6 billion yen ($33.5 million).

Monex entered the agreement knowing that the cryptocurrency trading post was suffering deeply after a successful cyberattack led to the theft of 58 billion yen in NEM coins, worth roughly $530 million.

The coins were kept in a hot wallet, rather than a more secure cold wallet which is stored offline.

Tokyo-based Coincheck deals in both Bitcoin (BTC) and a range of alt coins. Following the cyberattack in January, registrations were closed, and Japan's Financial Services Agency (FSA) ordered the company to make rapid security and infrastructure improvements.

Rumors surfaced earlier in April that Monex was considering an acquisition proposal, but the brokerage insisted nothing had been set in stone.

However, now the deal has been completed, former users may hope the remainder of stolen funds which have not been refunded may be distributed, and Coincheck has the lifeline it appears to have desperately needed.

According to Bitcoin News, in a press conference on Friday, Monex said that ending March 31, 2018, the cryptocurrency exchange's revenue was 980 million yen ($9.13 million) with a net operating profit of 719 million yen ($6.7 million).

The exchange caters for roughly 1.7 million users and supports a total of 71 employees.

Monex CEO Oki Matsumoto said that there will be no general staff changes, cuts, or salary slicing, and Coincheck will continue to operate under the same brand.

The only personnel changes will happen at the top table due to the FSA's requirement that Coincheck CEO Koichiro Wada and COO Yusuke Otsuka leave their roles.

However, Business Insider Japan notes that these two key players will continue to serve as executive officers -- which fulfills the FSA's demand without losing the executives.

Matsumoto will serve Coincheck as a director, while Monex COO Toshihiko Katsuya will assume the mantle of president.

Matsumoto believes that the FSA will grant a new registration application for Coincheck "within two months."

The FSA's approval and formal registration are necessary before Coincheck can relaunch as an official cryptocurrency exchange in the country.

Jiji Press reports that the executive said "huge costs are necessary for strengthening Coincheck's security systems and human resources," but Monex will provide the support its newly-acquired subsidiary requires.

Security
How to merge layers in Photoshop

Photo & Video
How to enable smooth scrolling in Firefox