LG spent the last month revealing bits and pieces of the G6 so today's announcement was no surprise. There looks to be just one thing the rumors were wrong about: the all-metal design.
Written by Matthew Miller, Contributor writer on Feb. 26, 2017

Today at MWC, LG officially announced the LG G6. Much has been hinted at over the past month, and now we know all the details of the latest LG flagship.

LG's strategy this year was to post hints and partial details on the device. For example, LG gave ZDNet an exclusive image hinting at the artificial intelligence found in the device, with other images showing a large display, small bezels, water resistance, and more.

Let's take a closer first look at the LG G6.

Rumors indicated that the device would have an aluminum shell and that turned out to be false. The LG G6 has a unique internal central aluminum plate that extends out to an aluminum frame, but the front and back are glass. This allows the LG G6 to also now include wireless charging functionality. The corners are rounded so this feature, combined with the metal frame and internal design, helps disperse the shock from a drop impact and provide some structural reliability to the device.

The internal metal plate also helps LG to disperse heat to keep the device cool while operating. An internal heat pipe is integrated into the device as well.

LG addressed a couple key areas where the Samsung S7 differed from LG flagships. These features include a high level of water resistance and wireless charging. Neither is necessarily essential, but they improve convenience and peace of mind.

The LG G6 also contains Dolby Vision and HDR 10 for an advanced movie viewing experience. This is built into its unique 18:9 aspect ration FullVision display. The display is large at 5.7 inches, yet the bezels are very small so it still fits well within your hand.

Audio is sure to be outstanding as well with a 32-bit Quad DAC, similar to what we saw in the LG V20. That is, if you live in Asia, since this is a country specific feature we won't see in the US or Europe.

Similar to the LG V20, the dual cameras on the back allow you to easily switch between a standard photo view and wide angle 125-degree view for capturing more content in a single shot. It captures panoramic shots you can't get on other phones. The front-facing camera also has a 100-degree field of view.

LG UX 6.0 is built on top of Android 7.0 Nougat, and LG worked closely with Google to bring Google Assistant to the device, even without having Android 7.1. The LG G6 is the first non-Pixel device to include Google Assistant.

The LG G6 is scheduled to be available starting on March 10. Pricing will be announced when carriers reveal specific launch details.

My flight to visit LG in San Francisco last week was canceled so I didn't get a chance to get hands-on yet, but LG did let me join others via video so I had a chance to learn more about the device. A non-final test unit was supposed to be delivered yesterday, but didn't arrive. I should have a first impressions look at the LG G6 in a couple of days. 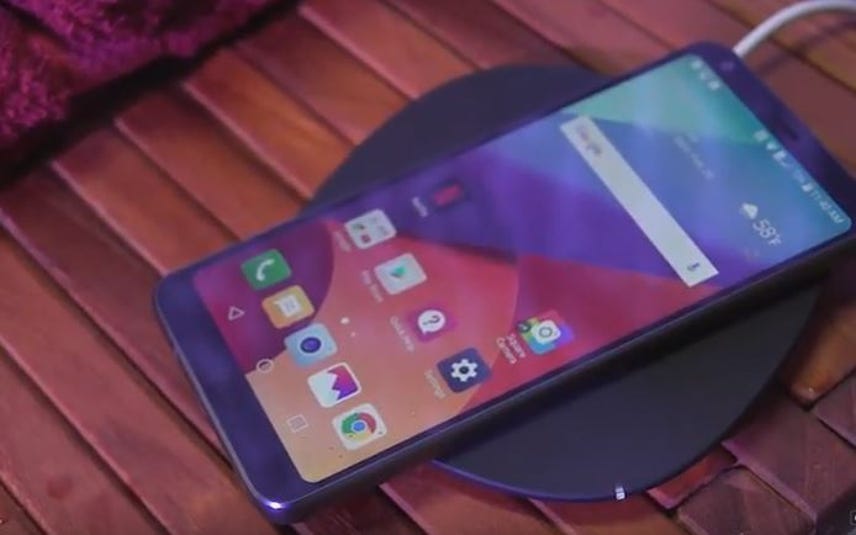