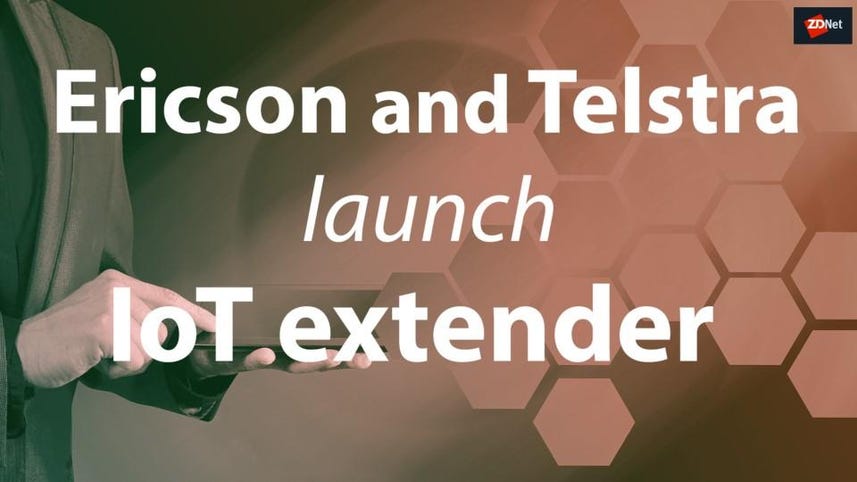 Ericsson has signalled the launch of its Internet of Things (IoT) 100-kilometre range extender in a showcase in partnership with Australian carrier Telstra, with global enterprise customers able to purchase the solution from March 30.

According to Romeo, Ericsson has seen global interest in the solution, and now has 30 customers in over 100 countries, covering around 3,500 enterprises.

The company is predicting 4.1 billion cellular IoT connections by 2024, more than half of which will be in North East Asia.

"If you're looking at 4 billion connections, it's the right time to get in there early," Romeo told ZDNet.

Earlier this month, Ericsson had unveiled a series of new solutions in four different IoT segments, including Massive IoT to provide products for smart metering and asset tracking across logistics, agriculture, and environment monitoring in particular. The new solution in this segment was the 100km NB-IoT Extended Cell Range software upgrade, as first showcased with Telstra back in September 2018.

"We're preparing for the globalisation of IoT," he said.

Using the service, customers will be able to manage, access, and track their connected IoT devices locally, nationally, and globally across both Telstra's narrowband IoT (NB-IoT) and Cat-M1 networks, the companies said.

On why Ericsson partners with Telstra on launching IoT and networking innovations, Romeo said companies believe in the telco to get things done.

"They've become masters at creating this ecosystem early ... where we are in Australia, being geographically so far away from the rest of the world, if you don't have companies like them to help push the envelope early, we would end up being at the mercy of what everyone else decides.