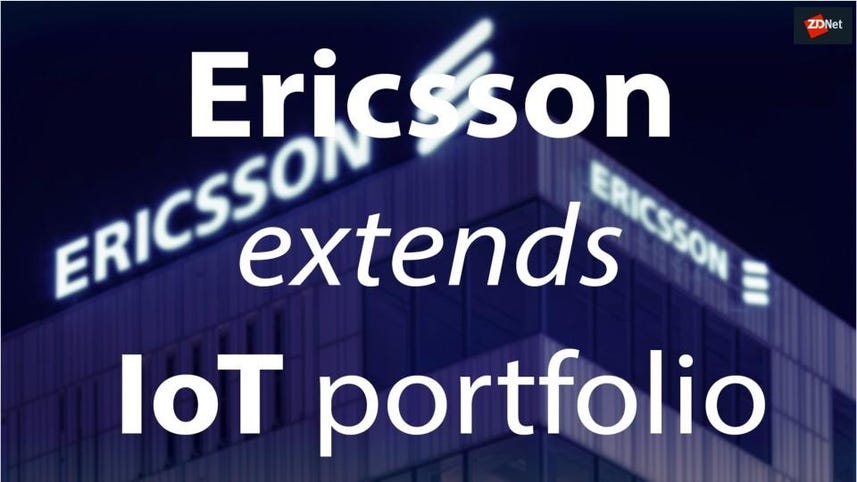 Ericsson has unveiled a series of new solutions in four different Internet of Things (IoT) segments across both 4G and 5G networks, which it said will address use cases from automotive to manufacturing and utilities.

Massive IoT looks to provide products for smart metering and asset tracking, with one new solution in this segment being Ericsson's capability to cover distances of up to 100km with its narrowband IoT (NB-IoT) Extended Cell Range software upgrade, as showcased with Australian carrier Telstra back in September 2018.

In November, Ericsson said it predicts IoT connections to reach 4.1 billion by 2024 across both NB-IoT and Cat-M1 networks.

"Of the 4.1 billion cellular IoT connections forecast for 2024, North East Asia is anticipated to account for 2.7 billion -- a figure reflecting both the ambitions and size of the cellular IoT market in this region," Ericsson said in its most recent Mobility Report.

Around 85 cellular-based IoT networks using Cat-M1 and NB-IoT have been announced across the globe, according to Ericsson.

"Both technologies are being deployed to complement each other across regions worldwide. Large-scale deployments, and the resulting high-volume chipsets, are expected to continue to reduce chipset prices. This is leading to further acceleration of the growth in cellular IoT connections," it said.

Ericsson is also working with US carrier Sprint on IoT, in September announcing that they would build a virtualised core IoT network and operating system in partnership. The network will be 5G-ready, with the network and OS to utilise Ericsson's IoT Accelerator platform.

"The Ericsson Operations Engine ... changes our way of operating networks from reactive to proactive, leveraging data, automation, and artificial intelligence."

Ericsson says the trial proves microwave backhaul can be used in a 5G era to attain speeds of 40Gbps.

UK media has reported that O2 will be seeking up to £100 million in damages from Ericsson following the mobile data outage last week.

Telstra connects device to 5G with Ericsson and Qualcomm

Telstra has used a Qualcomm 5G chipset and device with Ericsson 5G software and its own 3.5GHz spectrum to achieve a live 5G connection.

IoT requires a different set of strategies, focal points, and skillsets than help desks have delivered in the past. Here's five ways to prepare them.