The antenna's 40-year old transmitters will be replaced to reduce the risk of unplanned outages.
Written by Aimee Chanthadavong on March 5, 2020 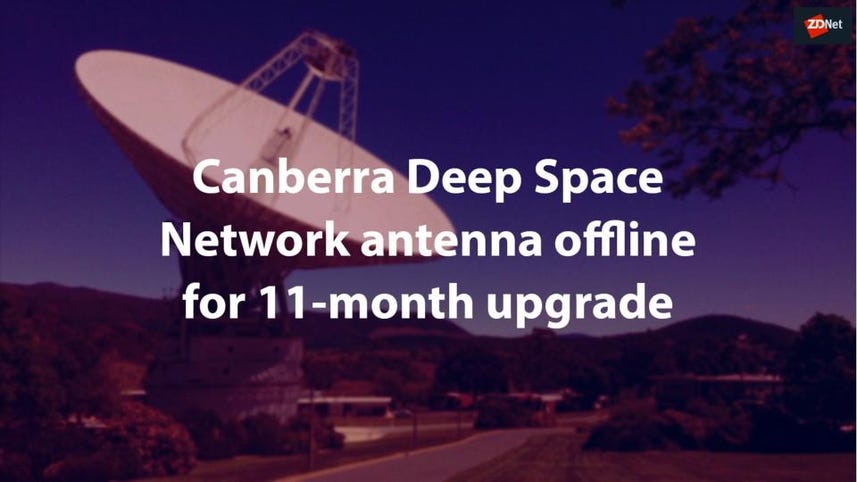 NASA has announced that its Deep Space Network (DSN) radio antenna in Canberra will be taken offline while it undergoes "critical" upgrades over the next 11 months, which will result in Voyager 2 being unable to receive commands from Earth.

The Canberra-based facility is the only antenna that can send commands to the Voyager 2 spacecraft.

The space agency said despite the impact, the upgrades are necessary, given that some parts of the 70-metre antenna, including the transmitters that send commands to various spacecrafts, are 40 years old, which increases the risk of unplanned outages and therefore adds risk to the Voyager mission.

"Obviously, the 11 months of repairs puts more constraints on the other DSN sites," said Jeff Berner, DSN chief engineer. "But the advantage is that when we come back, the Canberra antenna will be much more reliable."

During the downtime, the Voyager team will put Voyager 2, which is currently on a mission to explore the interstellar medium, into what it refers to as a "quiescent state" to allow it to send back science data during the 11 months.

Once the upgrade is completed, NASA said the DSN dish could potentially be used to support communication and navigation for other missions, such as the Mars 2020 rover and Moon to Mars missions.

"The maintenance is needed to support the missions that NASA is developing and launching in the future, as well as supporting the missions that are operating right now," Voyager project manager Suzanne Dodd said.

The work on the Canberra DSN station is due to be completed by January 2021.

Earlier this year, the Commonwealth Scientific and Industrial Research Organisation (CSIRO) announced it would be upgrading the Parkes radio telescope, with The Dish to get a new receiver that has been touted will "significantly" increase the amount of sky that can be seen at any one time.

CSIRO said this would enable new science and support local innovation in the space sector.

The upgrade comes thanks to grants from the Australian Research Council Linkage Infrastructure, Equipment and Facilities (LIEF), which is funding the development of a new receiver for the Parkes radio telescope and a major upgrade for the Australia Telescope Compact Array near Narrabri in NSW.

AU$1.15 million from LIEF will support the AU$3 million project to build a sensitive receiver, called cryoPAF, for the telescope.

Apollo 11 50 years on: A look at Australia's role in the moon landing

We have Australia to thank for that iconic grainy black and white TV image.

Stephen Slater spent a year digging into never-before-seen footage of Apollo 11, NASA's first moon landing. The results speak for themselves.

Australia hopes to kick start space industry with new strategy
The overarching plan of the strategy is to triple the size of Australia's space sector and grow an additional 20,000 jobs by 2030.