NBN to hire development teacher to mentor youngsters through cyber

The company's CSO has urged security leaders to look outside traditional places for procuring talent, including the local fish and chip shop, and at racetracks.
Written by Asha Barbaschow, Contributor on Oct. 29, 2019 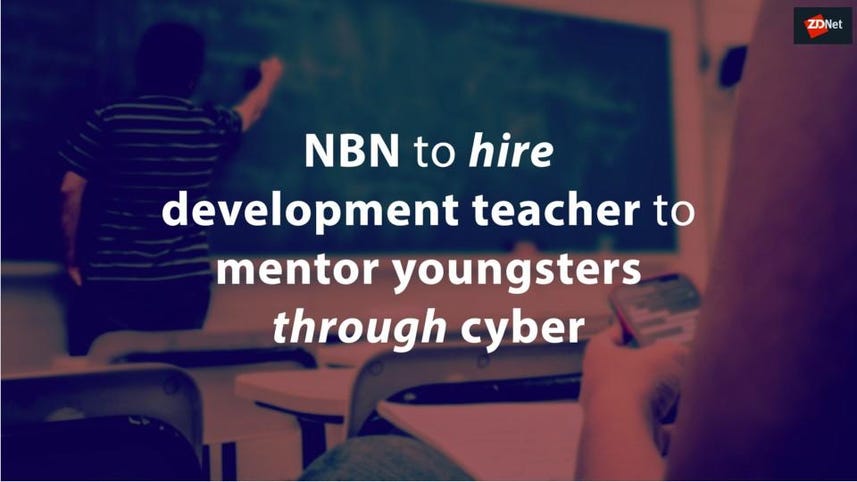 The company responsible for rolling out the National Broadband Network (NBN) will hire a development coach, someone who the company's chief security officer Darren Kane said would have the job of bringing in and developing fresh talent.

"If I hear anyone else tell me that there's not enough cybersecurity folks in the Australian economy to fill all the vacancies, I think I'll maybe throw up," he said, speaking at the Gartner IT Symposium/Xpo on the Gold Coast on Tuesday. "Some of the jobs I advertise for ... the JDs, the criteria, five years experience in this, you have to be fluent in Python -- fair dinkum, what are we looking for here?"

To Kane, there is a plethora of untapped talent, "kids falling out of trees" who have had a phone in one hand and a PlayStation in the other since age three.

"There's kids out there smarter than most of us in the room, and they're 13. So please don't tell me there's nobody available, to come into cybersecurity or the actual security risk industry -- that's the first problem," he said.

Kane said that in the security industry there isn't a single person dedicated to that mentoring role.

"One of the innovative steps that we will be taking at the NBN, we will be appointing a development person, their sole role will be to bring good kids in and then their role will be making sure that they're getting access to good mentoring, good development opportunities," he explained.

"I recognise we will only be able to hang onto those people for three years, but the pipeline will actually generate a person ready to step into that soldier's spot. Not to mention that the person that leaves our organisation goes into the industry, helps harden the industry, so at the same time we're getting benefit from it anyway."

Kane shared an anecdote of visiting his local fish and chip shop, where the kid behind the counter was working to help out his parents. Kane said the 22 or-so year-old had an information security degree from Swinburne and was working for a small cybersecurity firm.

He was brought into NBN for an interview, and while he didn't get the job, Kane said "now he's on the list".

Similarly, while at the Caulfield Cup, Kane said he met a budding AFL player in his late 20s who had a degree in commerce.

"Got talking to him, couple of beers, couple of punts, next thing you know, he's in having a chat," Kane said.

"Both of them came in on the hunch -- you won't find these people if you don't go out there thinking that these people exist, so you've got to change your mindset around that.

"If we can keep them for three years it will give them the opportunity -- they'll come back anyway because they love working in that environment."

Asha Barbaschow travelled to Gartner IT Symposium/Xpo as a guest of Gartner.