Zephyr Airworks has been named as the first industry partner to participate in the program.
Written by Aimee Chanthadavong on Oct. 3, 2019 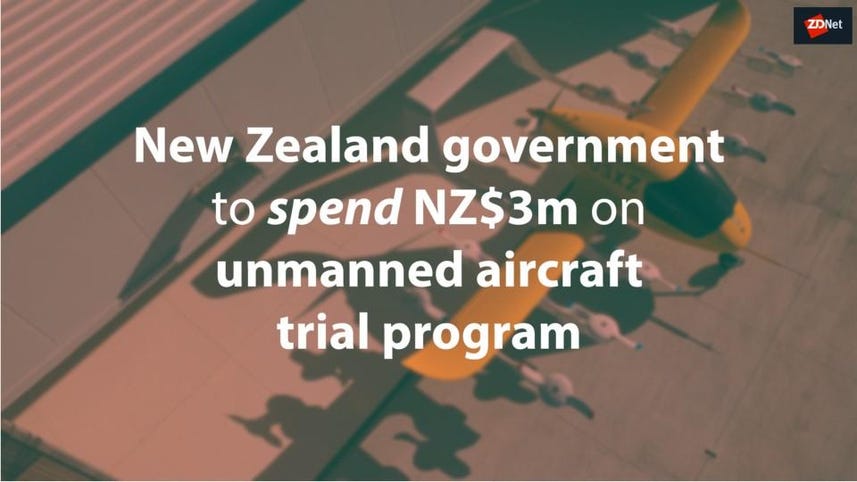 The New Zealand government has announced it will spend NZ$3 million to establish an airspace integration trials program to test and develop unmanned aircraft (UA).

The government said it will work with aviation industry partners to demonstrate the use of unmanned aircraft for passenger transport, cargo delivery, agricultural services, and hazard management.

Of the NZ$3 million committed to the program, NZ$2.1 million will be reprioritised from Vote Science and Innovation to the Civil Aviation Authority to build capability, including by employing more technical experts. The remaining NZ$900,000 will be provided to the Ministry of Transport to support regulatory policy development.

"The government is committed to supporting the growth of an innovative unmanned aircraft sector in New Zealand. We're creating opportunities to test and develop these emerging technologies to help make this happen," Research, Science, and Innovation Minister Megan Woods said.

The first industry partner to participate in the program will be Zephyr Airworks, which has been testing and developing a self-flying, electric, vertical take-off and landing aircraft -- called 'Cora' -- in New Zealand since 2017. The company will work with the Ministry of Business, Innovation, and Employment to focus on a passenger transport trial.

"We needed a place that was just as bold and dynamic in order to bring Cora to the commercial market," the company said in a blog post. "A place that could be more than just a willing airfield. That had a world class reputation in certification and regulation. And a government and society with an eye to the horizon."

The launch of the program follows the release of the New Zealand government's paper, Taking Flight: an aviation system for the automated age [PDF], in July, which set out the vision to integrate small drones and advanced UA into New Zealand's air transport system.