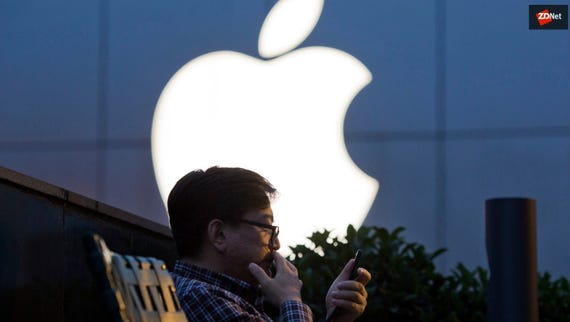 US President Donald Trump's administration is seeking to impose tariffs on $60 billion of Chinese imports and will target the technology and telecommunications sectors, according to two people who have discussed the issue with the administration.

A third source said the tariffs, associated with a "Section 301" intellectual property investigation under the 1974 US Trade Act that began in August last year, could come "in the very near future".

While the tariffs would be chiefly targeted at information technology, consumer electronics, and telecoms, they could be much broader and the list could eventually run to 100 products.

Washington is targeting Chinese high technology companies to punish them for China's investment policies that effectively force US companies to give up their technology secrets in exchange for being allowed to operate in the country along with other allegations of intellectual property theft.

China runs a $375 billion trade surplus with the United States and when President Xi Xinping's top economic adviser visited Washington recently, the administration pressed him to come up with a way of reducing that number.

Trump came to office on a protectionist agenda and his first action as president was to pull the United States out of the 14-nation Trans-Pacific Partnership (TPP).

"In addition to rejecting and reworking failed trade deals, the United States will crack down on those nations that violate trade agreements and harm American workers in the process ... By fighting for fair but tough trade deals, we can bring jobs back to America's shores, increase wages, and support US manufacturing," the administration said in January 2017.

Last week, the remaining 11 nations involved in the TPP pushed ahead and signed the agreement now labelled TPP 11.

The American president has started talks to renegotiate the North American Free Trade Agreement (NAFTA) and most recently imposed tariffs on steel and aluminium imports.

While the tariffs on steel and aluminium, announced last week by Trump, are viewed as relatively insignificant in terms of imports and exports, moves to target China risk a direct and harsh response from Beijing.

Over recent months, the United States has stepped up its rhetoric against China, particularly in the realm of technology.

At the start of the week, Trump issued an order sinking Broadcom's proposed takeover of Qualcomm, saying there was "credible evidence" the deal would hurt the national security of the United States.

Last week the Committee on Foreign Investment in the United States said if Broadcom succeeded in its plans, it could weaken Qualcomm and allow China to have greater influence over standards like 5G.

The $117 billion deal would have been the largest deal ever in the technology sector.

At the start of the year, Apple transferred the operation of its iCloud services in mainland China to Guizhou-Cloud Big Data Industry Development, owned by the Guizhou provincial government in southern China.

Apple China singed a memorandum of understanding with Guizhou provincial government in July 2017, which also saw it agree to operate a $1 billion datacentre in the province. The company said storing data locally would improve the speed and reliability of the services. iCloud accounts registered outside of mainland China will not be affected.

Join Discussion for: Next Chinese sectors targeted by Trump tariffs...