Bills to amend NSW licence legislation will be entering Parliament this month to allow citizens to carry their driver's licence on their smartphone.
Written by Asha Barbaschow, Journalist on May 13, 2018 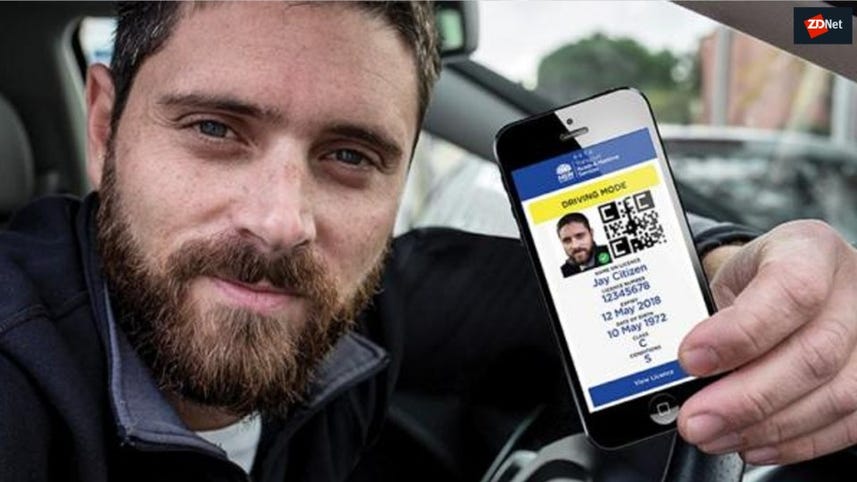 Drivers Licence holders in New South Wales may soon be able to store their card information on their smartphone, with legislation soon to enter Parliament in the next fortnight that will allow a phased state-wide rollout of the Digital Driver Licence.

If proposed amendments to the Road Transport Act 2013, the Photo Card Act 2005, the Gaming and Liquor Administration Act 2007, and the Liquor Act 2007 are passed, a driver will be able to use their digital licence for proof of identity and proof of age to gain entry into pubs and clubs, as well for roadside police checks.

ZDNet revealed in February the state government had pencilled in mid-2018 for the go-live of digital licences, after trials in Dubbo had proven successful.

In a statement from Minister for Finance, Services and Property Victor Dominello at the weekend, it was explained the Digital Driver Licence will be made available through the Service NSW app once finalised.

"Smartphones have become de facto wallets and we're using cutting edge technology so that drivers can use a digital licence in everyday scenarios," Dominello said.

"The Dubbo trial was a big success and drivers gave it the thumbs up. The legislation will enable expansion of the trial so that other NSW drivers can opt in to access a digital licence."

According to Dominello, since the trial kicked off in Dubbo in November 2017, more than 1,400 people have participated.

"The [Digital Driver Licence] will provide additional levels of identity security and increased protection against identity fraud compared to the physical driver licence," the statement continues.

Drivers who opt in will still be provided with a physical card, but will not be required to carry it with them.

The state government made the first wave of its digital licences available through the "My Licences" digital wallet in the Service NSW app late 2016, which enables NSW residents to renew their licence and update their details without needing to visit a Service NSW centre.

The SA app presents driver's licences in real-time, with expired or suspended licences showing a large orange or red bar at the bottom. It also has a "shake to animate" feature to show the licence is not a photo or a screenshot -- the screenshot function is actually disabled within the app.

The app generates a one-time barcode, which refreshes every 30 seconds, to prevent counterfeit licences from being used. Anyone, including pubs and clubs, can scan the licences to ensure they are genuine.

Following a trial in Dubbo, Service NSW's product chief has pencilled in mid-2018 for state-wide access to digital driver's licences.

Reaching a point where Australia can 'broker' the agreed digital identity of a citizen with another country is in the sights of the Digital Transformation Agency.

Jim Nasr, former chief software architect at the Centers for Disease Control and Prevention and VP for technology & innovation at Synchrogenix on the difficulty of authenticating identity.