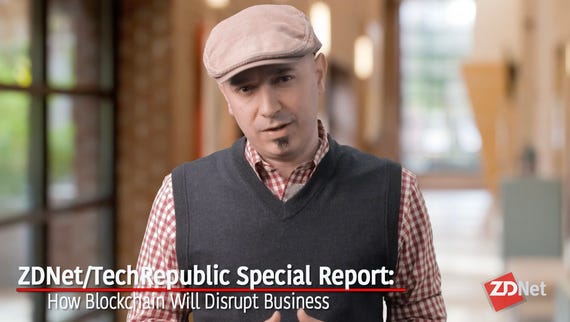 The two things you need to know about Blockchain
Watch Now

Opera is betting on blockchain technology to reach new audiences keen on or curious about cryptocurrencies like bitcoin and Ethereum.

The browser maker today announced that Opera for Android is a now a 'blockchain browser' with bolted-on access to the Ethereum blockchain that builds on its existing built-in cryptocurrency wallet.

Opera rolled out a private beta of the Opera for Android crypto-wallet in July, which can be used to store Ethereum and access Ethereum-based decentralized apps, or 'Dapps'.

The idea is to lay the groundwork for Web 3.0 where apps aren't installed on a phone but instead are powered by decentralized networks and use cryptocurrencies for transactions.

It's hoped the features will push the mainstream use of cryptocurrencies beyond just speculation -- something that could be more likely after bitcoin's price crash. Thanks to that, Ethereum is also a lot cheaper, down from $1,400 in January to $88 today.

To experience the new Web 3.0 features Opera is enabling, users will need to buy some Ethereum currency and store it in the browser's wallet. Users can then access Dapps from inside the wallet.

"I would like to invite all tech enthusiasts who may have heard of blockchain but haven't yet experienced it to simply give our new browser and Web 3.0 a try," said Krystian Kolondra, EVP Browsers at Opera.

"We have made it extremely easy. Our hope is that this step will accelerate the transition of cryptocurrencies from speculation and investment to being used for actual payments and transactions in our users' daily lives."

"We see this as an important moment in improving Dapp accessibility, opening Web 3.0 to mainstream audiences, and encouraging developers to build on Ethereum," said Lubin.

As noted by CNET, Brave is attempting to tackle online advertising with BAT, or a basic attention token, the underpinning of its alternative ad system that allows users to users, advertisers, and publishers to exchange BAT tokens. The payment system also relies on the Ethereum blockchain.

Brave's role in the system is to measure user attention on ads and content in the browser's active tab. Users viewing ads are rewarded with BATs, which can be used to access premium content on the BAT platform. Publishers would also receive the tokens based on user attention.

Later this year, BAT will be used to send advertisers' payments to Brave and to Brave users who opt into the system. It also plans to partner with publishers.

DHS has had great success with tracking and analyzing Bitcoin transactions already. They are now looking for similar solutions for tracking "privacy coins."

Ethereum, one of the most popular cryptocurrencies, has more tricks than just cash value up its sleeve: It's also fuel for building computer applications.

Brave is the default browser on obscure HTC crypto-phone CNET

It's a foot in the door for the ad-blocking web browser.

Join Discussion for: Opera for Android becomes an Ethereum 'blockchain...