Optus is expecting to deliver its 5G Home Broadband service to customers across 50 sites in NSW, Victoria, Queensland, the ACT, South Australia, and Western Australia in the second quarter of 2019.
Written by Corinne Reichert on Jan. 30, 2019 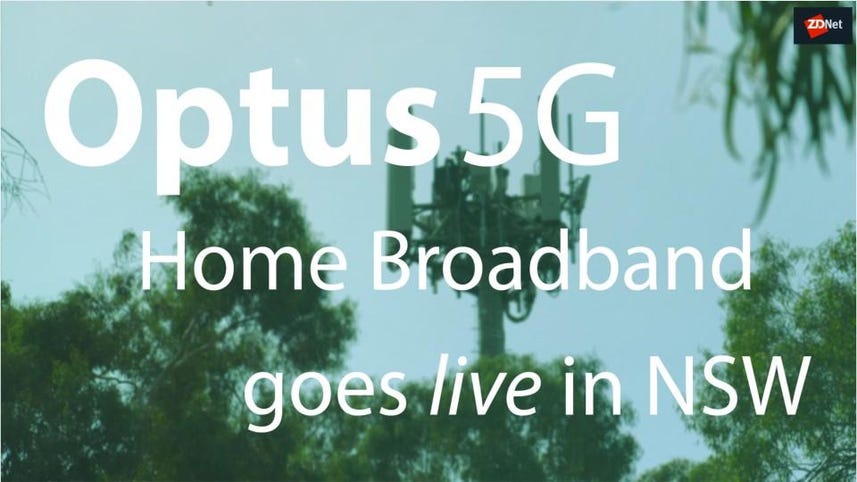 Optus has launched its fixed-wireless 5G Home Broadband network across two suburbs of Canberra and one tower in Sydney, announcing that 50 sites will be online by March to provide coverage to 60 suburbs.

5G Home Broadband on Optus will cost AU$70 per month for unlimited data at a 50Mbps minimum speed guarantee.

The telco also revealed that its vendor partner for the initial 5G launch is Nokia, which has supplied its 5G RAN and Fastmile 5G customer premises equipment (CPE).

According to Optus CEO Allen Lew, however, the company will be taking a "multi-vendor approach" to its network.

"We will have more 5G sites going live across Adelaide, Brisbane, Canberra, Perth, and Sydney over the coming months, giving a select group of customers the chance to get their hands on our 5G Home Broadband devices in areas of selected suburbs," Lew said on Thursday at the launch of the network in Dickson, Canberra, calling it "an historic day".

"We will open the service up to more customers and more locations as more devices are released and our 5G cells continue to roll out."

Optus customers in select areas can take part in an expressions of interest campaign to become the telco's first 5G customers, which will give them connectivity in the second quarter of 2019.

As part of the rollout, Optus will be building new and upgrading existing mobile sites, as well as adding small cells to its network for densification, higher capacity, and increased speeds in inner-city areas.

The 5G network is already live in Dickson and Manuka, ACT, ahead of launching by March in Russell, Campbell, Weetangera, Mitchell, Franklin, Harrison, and Wanniassa.

The telco said it is targeting CBDs, residential areas, airports, train stations, and sports stadiums in its initial 1,200 sites.

The launch on Thursday comes after Optus said back in November that it would be launching 5G fixed-wireless services in Canberra and Brisbane in January 2019.

In December, Optus announced paying AU$185 million for 47 lots of 5G spectrum in the 3.6GHz band, after being excluded from buying metro spectrum due to its already significant holdings.

Optus had showcased its 5G capabilities during the Commonwealth Games last year, with Lew at the time outlining the company's 5G roadmap in an interview with ZDNet.

Optus' road to 5G saw it begin switching on its 4.5G network almost two years ago, followed by the additions of Massive Multiple-Input Multiple-Output (Massive MIMO) and three-cell carrier aggregation to 4G at the end of 2017.

Optus had in February last year announced that it will begin rolling out its 5G network across Australia in early 2019 in an aim to launch a fixed-wireless product in "key metro areas", following its first 5G trial with Huawei back in November 2016. Huawei was since banned by the federal government from involvement in the rollout of 5G networks across Australia.

Optus had also signed an MOU with Nokia back in 2016 to collaborate on developing a 5G network.

Disclosure: Corinne Reichert travelled as a guest of Optus to Canberra

Private LTE & 5G networks to surpass $5B annually by 2021 (TechRepublic)

Equipment vendors are pitching turn-key "network in a box" technology to governments and enterprises eager to deploy wide area networks in localities without existing adequate infrastructure.

The WA government is reviewing whether the US charges against Huawei will prevent the Chinese company from supplying equipment under a AU$136 million contract to construct and manage the data and voice digital radio systems for the state's Public Transport Authority.

Verizon took a big writeoff for Verizon Media, but said it added 1.2 million retail customers and has revamped to focus on 5G experiences.