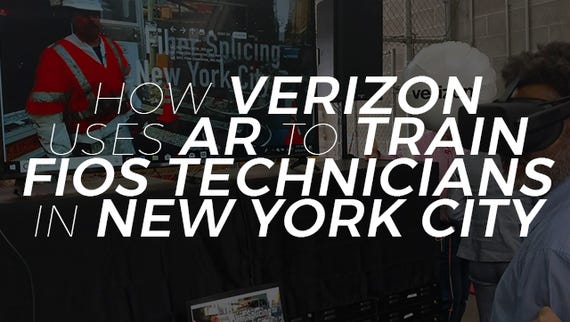 The company reported fourth quarter earnings of 47 cents a share on revenue of $34.3 billion, up 1 percent from a year ago. Non-GAAP earnings, which exclude fourth quarter charges of a goodwill writedown of Verizon Media of $4.6 billion, pensions and acquisition and integration charges, were $1.12 a share.

Also: This is what really happens in a Verizon store

Verizon has been focused on a revamp that revolves around more focus and 5G. The company had previous acquired AOL and Yahoo to bulk up its advertising revenue and expand into media. Verizon restructured Verizon Media and offered buyout packages elsewhere in the company.

CEO Hans Vestberg said Verizon is "laser focused on delivering customers a best-in-class and game-changing experience on our networks."

Not surprisingly, Verizon's earnings conference call had a heavy dose of 5G talk. Vestberg noted that the company wants to be ahead of the pack and ultimately push the business and Internet of things use cases.

We advanced 5G development and delivered to the world the first true 5G deployment in 2018 with our initial 4 commercial markets, and this is real 5G. This is a completely transformative  experience that gives customers speeds, measuring hundred of megabits to gigabits, reduce latency, the loss for connection per square kilometers by millions and ended at a fraction of today's consumption. 5G will pay dividends as we advance and lead the industry into the fourth Industrial Revolution.

Vestberg also talked about the 5G ramp and teased phones from Motorola and Samsung. Both vendors are holding launch events this month. What is 5G? Everything you need to know about the new wireless revolution

As you know, we have announced two phones, one from Motorola and one from Samsung. The one from Samsung has not been seen yet but hopefully, it will be seen soon. CES 2019: First look at the Samsung 5G smartphone | Verizon showcases the potential of 5G with drones, Disney and more

Join Discussion for: Verizon says its 'laser focused' on 5G after...