Billed as the world's first autonomous operating system, Oracle Autonomous Linux provisions itself, scales itself, tunes itself and patches itself while running.
Written by Stephanie Condon, Senior Writer on Sept. 16, 2019 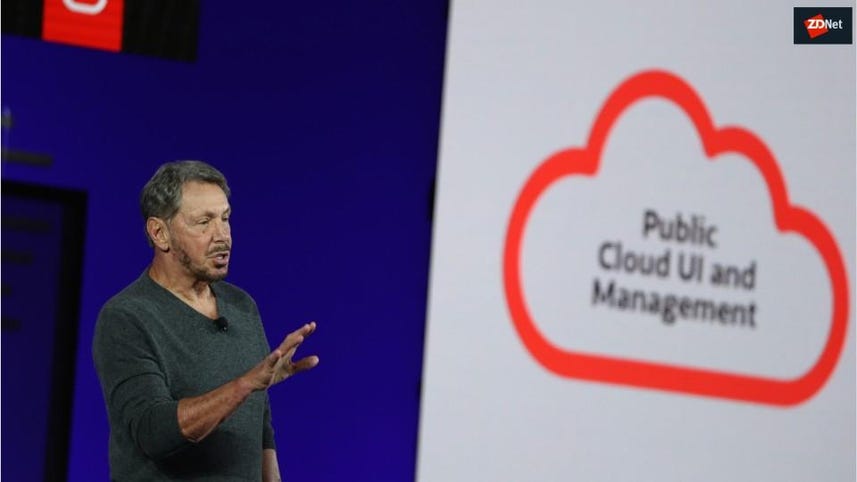 "Autonomy is the defining technology of a second-generation cloud," Oracle co-founder and CTO Larry Ellison said in his keynote address at the Oracle OpenWorld conference in San Francisco. Two years ago, Oracle introduced the Autonomous Database. The company's ultimate goal,  he said, is to build "the world's first complete and truly autonomous cloud."

Autonomous Linux is based on Oracle Linux, which powers Oracle Cloud and Oracle Engineered Systems.

The OS is free for Oracle Cloud Infrastructure customers. "If you're paying IBM, you can stop," Ellison said.

Both Oracle Autonomous Linux and Oracle OS Management Service leverage advanced machine learning. The new OS offers automatic security updates daily to the Linux kernel and key userspace libraries, with no downtime. Known Exploit Detection provides automated alerts if anyone attempts to exploit a vulnerability that has been patched by Oracle.

In his keynote address, Ellison stressed how autonomy can deliver more secure services. He cited the massive Capitol One data breach disclosed earlier this year, which was the result of a configuration vulnerability. The vulnerability exposed to data stored with Amazon Web Services.

"One simple rule to prevent data theft: Put your data in an autonomous system," Ellison said Monday. "No human error, no data loss. That's the big difference between us and AWS."

To augment the security benefits of an autonomous system, Oracle on Monday also announced a series of new security services, including Oracle Data Safe -- a unified control center for monitoring security issues with data, users and configuration. In addition to monitoring database activity, customers can use it to identify sensitive data and mask databases to minimize or eliminate security risks. Oracle Data Safe is included with all Oracle Database Cloud services.

While Oracle's cloud infrastructure business significantly trails that of Amazon and Microsoft, Oracle is eyeing the large market of enterprises still using on-premise solutions and next-generation cloud businesses that have yet to come online.

On Monday, Ellison boasted about the momentum that Oracle Cloud has seen, opening 12 regions in the past year. Oracle Cloud currently operates 16 regions globally and plans to launch 20 new regions by the end of 2020. Oracle Cloud Infrastructure is expanding into new countries, and it's opening new, geographically separated regions within some countries so that customers can meet business continuity and compliance requirements. The widened OCI footprint will include regions in the US, Canada, Brazil, UK, the EU, Japan, South Korea, Australia, India, UAE, Saudi Arabia, and Israel, as well as new government regions in the UK and Israel.

Ellison made a series of other announcements in his OpenWorld keynote:

Enterprise Software
How to create a Linux virtual machine with VirtualBox