By inviting more startups to adopt Oracle Cloud, the enterprise giant is hoping to build inroads with the tech leaders of the future.
Written by Stephanie Condon, Senior Writer on June 27, 2019 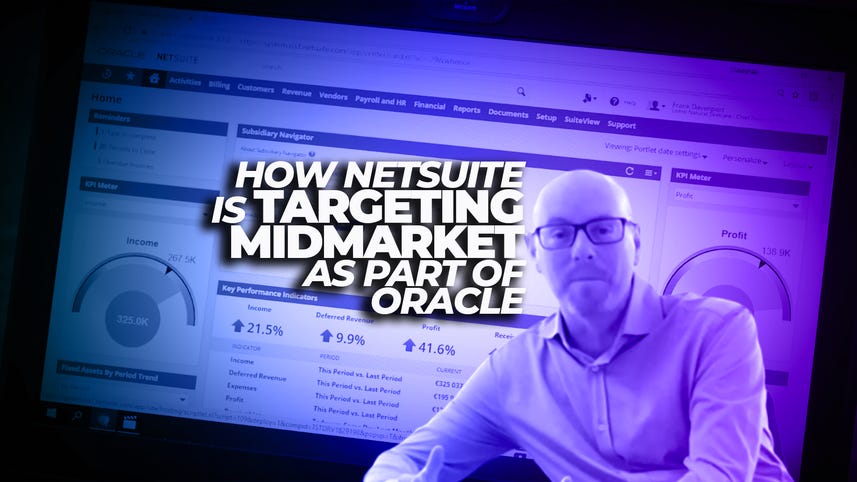 It's no secret that, when it comes to cloud, Oracle was late to the party -- and Oracle co-founder and CTO Larry Ellison desperately wants the company to catch up. As part of that effort, Oracle is revamping its startup program. It's casting a wide net to engage with as many entrepreneurs as possible and to cultivate relationships with the tech leaders of tomorrow.

"You reap what you sow," Jason Williamson, the head of Oracle's startup program, said to ZDNet. "In three to five years, we want some of the hottest unicorn startups to be on the Oracle Cloud."

Previously, Oracle maintained a handful of residential-based startup incubators around the globe. Now, it's opening up its startup program to effectively any startup, regardless of their location. Participants will get free cloud credits, followed by a 70 percent cloud discount, as well as opportunities for mentorship and exposure to the Oracle ecosystem and customer base.

So far, this may sound like a familiar story: Amazon Web Services has a startup program called AWS Activate, which was designed for startups that needed to keep their infrastructure costs low. Airbnb, Slack, and Lyft have all made use of the program, while AWS has seen its market share and its reputation as a cloud computing leader grow.

However, Williamson argues that Oracle has one key advantage for startups that no other cloud provider can match -- decades of experience selling deeply into the enterprise.

"What we've heard is, 'we don't just want credits, we want more,'" Williamson said of the startup community. "A lot of startups are coming to us for opportunities for real mentorship, and not just in technology," he added, citing skills like building up a sales team, or working with analysts and PR teams.

On top of that, he said, startups -- especially enterprise-focused ventures -- recognize that Oracle has the customer base they want. And Oracle's customers are ready for that engagement.

"Every major corporation has a venture arm or their own incubator," Williamson said. "They're asking, 'What startups are you working with, and can we all work together?'"

The earlier rendition of Oracle's startup program, launched about a couple of years ago, was warmly received, Williamson said. The company received about 4,000 applications for just 80 slots in its first cohort.

However, the residential-based model was limiting -- Oracle could only reach so many startups.

When the program was moved to the purview of the office of the CTO, Ellison suggested opening it up, so Oracle could "stop having to guess who is going to be successful and who isn't," Williamson explained.

Oracle plans to offer more benefits for startups that are successful. For those that aren't, Oracle hopes the experience will nevertheless leave their founders with a positive impression of the Oracle Cloud Platform.

"We're really trying to make sure startups understand the message that there's not only one or two cloud providers that are low price and high performing," Williamson said. "That idea is a little bit unchallenged and unfounded. The startup community doesn't really know that."