Wall Street was looking for 60 cents a share on revenue of $9.11 billion.

"As we get bigger in the cloud, we grow faster in the cloud," she said. Catz compared Oracle's continued momentum in the cloud -- even after surpassing $1 billion in quarterly revenue -- to that of Salesforce.com.

"When salesforce.com crossed the billion dollar milestone their SaaS and PaaS subscription growth rate had slowed down to 36 percent, even after you include all their acquisitions," her statement said.

Oracle also boasted of surpassing Salesforce in its SaaS sales to customers with over 1,000 employees, making Oracle the top enterprise SaaS provider. Oracle CEO Mark Hurd also said that Oracle's acquisition of NetSuite could make it the top cloud applications service provider for companies with fewer than 1,000 employees as well.

"We expect to book over $2 billion in new annually recurring cloud business this year alone," he said.

"Our goal in infrastructure and database is to be number one running database work loads in the cloud," he said on a conference call Thursday.

He made the casee that Oracle IaaS runs Oracle database workloads faster, more reliably, and at a significantly lower cost than the Oracle database running at Amazons IAAS.

"We are making a multi-year generational shift to the cloud, and we're well on our way to being number one in both cloud applications and cloud database," Ellison said. "And we're doing it with very little or no compromise to our earnings or our cash flow." 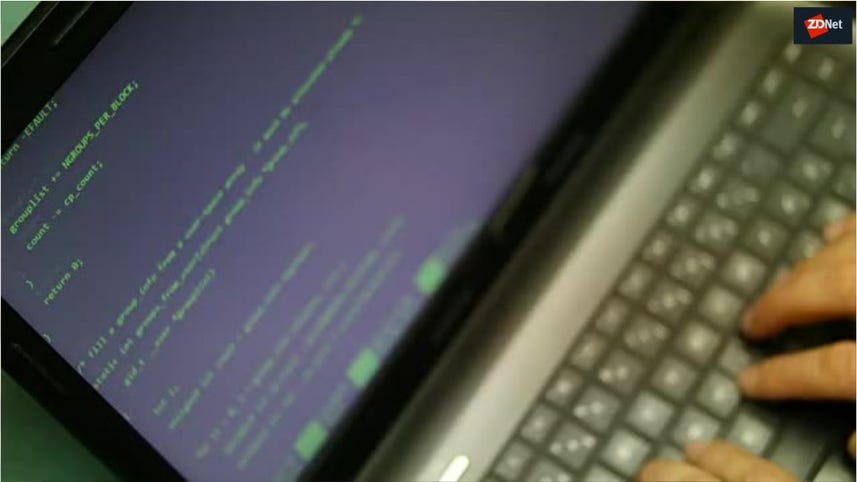